Welcome to Zhang Ziyi Infos, your best source for the Chinese actress since 2007. Zhang Ziyi is a famous actress known for her roles in Crouching Tiger, Hidden Dragon, Memoirs of a Geisha, The Grandmaster and so many other great films. Zhang Ziyi currently stars in The Rebel Princess, a 68 episodes Chinese period drama. Read her full biography here.
Published on In
Photoshoots Public Appearances Video

Ziyi was still in Shanghai on November 9th to attend the 2nd edition of Art ‘N Dior.

The actress also released a photoshoot of the event.

Yesterday, Ziyi was in Shanghai to attend a promotional event for Clé de Peau Beauté to commemorate the 40th anniversary of the brand.

No comments
Published on In
Awards Public Appearances Video

No comments
Published on In
Bulgari Photoshoots Public Appearances

Yesterday, Ziyi was at the Shanghai Exhibition Centre to attend a Fashion event for Bvlgari.

The Chinese Edition of Marie Claire is featuring Ziyi on their September issue with four different covers. The gorgeous photoshoot was taken by Xu Ruang in Xining, while she was the Director of the jury of the FIRST Youth Film Festival. We updated the website with videos and all the available pictures.

Along with director Huang Jianxin, Liu Haoran and many other big names in the Chinese film industry, Ziyi attended a press conference at the 16th Beijing Film Festival. They shared some thoughts on the future of Chinese filmmaking.

Some quotes of Ziyi during the conference:

I believe teamwork is an indispensable part of producing high-quality films. We need directors, actors, screenwriters and other crew members to all do their best. And for our actresses, I think one of the most important things is to have enough understanding of the characters and have a strong faith in themselves and their abilities.

Also we talk about what is a ‘Superior’ film, but I don’t think anyone on stage or behind the scenes should think about it first. We should first take out our most essential sincere dedication to our career, which I think may be more important than ‘Superior. 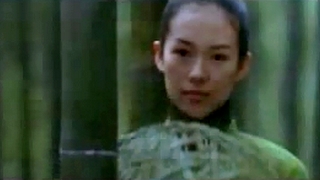 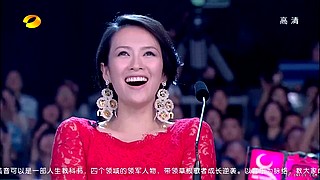