Welcome to Zhang Ziyi Infos, your best source for the Chinese actress since 2007. Zhang Ziyi is a famous actress known for her roles in Crouching Tiger, Hidden Dragon, Memoirs of a Geisha, The Grandmaster and so many other great films. Zhang Ziyi recently directed the short film Poem in the anthology film My Country, My Parents. Read her full biography here.
Published on In
Films Godzilla: King of the Monsters Public Appearances Video

Ziyi was turning all heads yesterday in Los Angeles when she attended the premiere of Godzilla: King of the Monsters. She made quite a surprise appearance in the United States between Beijing events and her participation in Cannes this year. Tons of pictures are now in the gallery. You can watch a video of the red carpet below.

Ziyi talked to Reuters during her stay in Los Angeles. (Source)

Chinese mega-star Zhang Ziyi, who made her name internationally in Oscar-winning Director Ang Lee’s “Crouching Tiger Hidden Dragon,” said working on such a special effects-heavy movie was a new experience. “Yeah I think for me it is very new to only act with nothing but a green screen so everything you have to imagine,” she told Reuters at the premiere.

A huge name in Chinese and world cinema, Zhang said she had avoided making movies in Hollywood in recent years because of a lack of good parts for Chinese actresses. “That’s why I haven’t been back in Hollywood for so long because I often get scripts (but) they are not so … the characters are not so rich but this one is different,” she said, of her role in “Godzilla: King of the Monsters.” “That’s why I’m very happy about this offer and the director really respected me and gave my character a lot of emotions,” she added.

The Birth of an Actor: Episode 11
New Godzilla Trailer
Dangerous Liaisons to be Released in the US 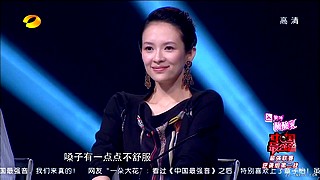 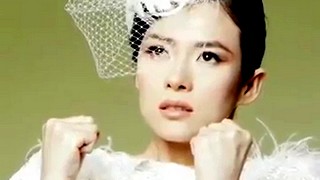