Welcome to Zhang Ziyi Infos, your best source for the Chinese actress since 2007. Zhang Ziyi is a famous actress known for her roles in Crouching Tiger, Hidden Dragon, Memoirs of a Geisha, The Grandmaster and so many other great films. Zhang Ziyi recently directed the short film Poem in the anthology film My Country, My Parents. Read her full biography here.
Published on In
Dangerous Liaisons Films Public Appearances

“Dangerous Liaisons” was released today in China. We wish for a great success for the film!

Yesterday, was held in Beijing the premiere of the film. For the first time, the whole cast was reunite. Just like the first press conference, Ziyi and Cecilia Cheung wore respectively a white and a black dress. Enjoy some pictures in the gallery. 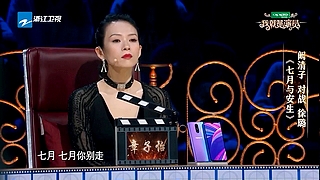