Welcome to Zhang Ziyi Infos, your best source for the Chinese actress since 2007. Zhang Ziyi is a famous actress known for her roles in Crouching Tiger, Hidden Dragon, Memoirs of a Geisha, The Grandmaster and so many other great films. Zhang Ziyi recently directed the short film Poem in the anthology film My Country, My Parents. Read her full biography here.
Published on In
Berlin Film Festival Festival Films The Grandmaster Video

The Grandmaster was supposed to be released on December 18th. The release has been postponed to January 8th.

This week, a fantastic news has been revealed! The Grandmaster will open the 63rd Berlinale.

“It is a special honour for us to open the 2013 Berlinale with the presentation of the newest film by this year’s jury president, WONG Kar Wai. With The Grandmaster, Kar Wai has added a new and exciting facet to his body of works, and created an artful, visually powerful genre film,” says festival director Dieter Kosslick.

Nearly three years of film production and almost a decade of preparation went into the making of The Grandmaster for its director WONG Kar Wai, who began exploring the idea for the film in 1996.

“I am truly very honoured by Dieter and his invitation for my new film The Grandmaster to participate in the 63rd Berlinale and to open the festival. This is a dream project for me that I had been developing for many years. I am very happy to be able to present it in Berlin. I was already greatly looking forward to my returning to Berlin to serve as the President of the International Jury, so seeing The Grandmaster presented there will make it all the more special for me,” says WONG Kar Wai.

With his signature style-defining mood, atmosphere and reality, director WONG Kar Wai delves into the eternal question in martial arts of whether the victor is more than merely the “last man standing”, and brings the genre to new heights.

The Grandmaster will be presented as the opening film in the official selection, but screening out of competition.

The gallery has been updated with several gorgeous posters. We also removed a few stills and uploaded beautiful HQ pictures of Ziyi. Enjoy! 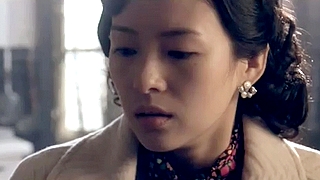 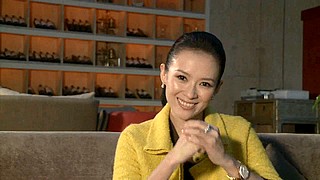