Welcome to Zhang Ziyi Infos, your best source for the Chinese actress since 2007. Zhang Ziyi is a famous actress known for her roles in Crouching Tiger, Hidden Dragon, Memoirs of a Geisha, The Grandmaster and so many other great films. Zhang Ziyi recently directed the short film Poem in the anthology film My Country, My Parents. Read her full biography here.
Published on In
Magazines Photoshoots

Ziyi is currently on the cover of the January issue of Time Out Hong Kong Magazine. Here’s a little preview of the interview in which Edmund Lee compare her career with the icon Ruan Lingyu.

“China hasn’t seen an actress as equally treasured and disliked as Zhang Ziyi for a very long time. Edmund Lee visits The Grandmaster star in Beijing to hear about her musings on Wong Kar-wai, the essence of acting and all those clueless haters out there.

At one point during our interview in a photo studio in Sanlitun, Beijing, with the first December snow descending on the capital, Zhang Ziyi describes herself as an ‘old school’ actress who ‘thinks in the traditional way’. “There are many people who take the less proper paths to look for their own sense of being,” she adds. “That’s how the environment [of show business] is – it’s not a very clean environment.” The truth is, as one of her country’s greatest current movie icons, Zhang must also live with the same time-honoured traditions of superstardom that hark back to the time of Ruan Lingyu nearly a century ago: putting up a defiant face on screen, confronting uber-sensational scandals off it, and juggling not gentle admiration and polite indifference but love and hatred by even the most casual observers day in and day out, year after year.”

2 pictures we’re added yesterday from this issue! The cover and 1 picture from the photoshoot.

Sina Interview for The Grandmaster 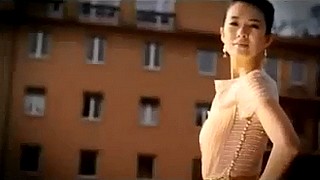