Welcome to Zhang Ziyi Infos, your best source for the Chinese actress since 2007. Zhang Ziyi is a famous actress known for her roles in Crouching Tiger, Hidden Dragon, Memoirs of a Geisha, The Grandmaster and so many other great films. Zhang Ziyi recently directed the short film Poem in the anthology film My Country, My Parents. Read her full biography here.
Published on In
Cannes Film Festival Festival

Un Certain Regard – Zhang Ziyi Member of the jury

Today, the jury of “Un Certain Regard” a parallel section of the Cannes Film Festival‘s official selection has been unveiled. This year, the president of the jury is the famous Danish director Thomas Vinterberg. Ziyi is part of the jury alongside the French actress Ludivine Sagnier, Rio Festival Director Ilda Santiago and the Spanish Producer, distributor and exhibitor Enrique Gonzalez Macho.

Eighteen films are in Un Certain Regard. They will be screened in Debussy Theatre from Thursday 16th to Saturday May 25th, 2013. The Opening film is The Bling Ring by Sofia Coppola.
Last year the Un Certain Regard Jury was presided over by actor-director Tim Roth. 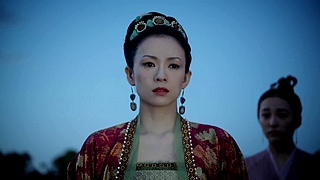 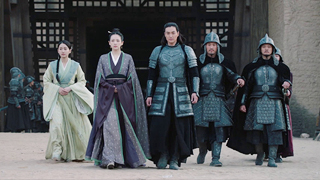