Welcome to Zhang Ziyi Infos, your best source for the Chinese actress since 2007. Zhang Ziyi is a famous actress known for her roles in Crouching Tiger, Hidden Dragon, Memoirs of a Geisha, The Grandmaster and so many other great films. Zhang Ziyi recently directed the short film Poem in the anthology film My Country, My Parents. Read her full biography here.
Published on In
Films The Crossing

After years of preparation and delayed filming dates, John Woo’s The Crossing is currently filming in Huairou District in Beijing. Takeshi Kaneshiro and John Woo were photographed yesterday on the first day of filming.

HONG KONG – Production got underway today on “The Crossing,” the first film in over four years to be directed by “A Better Tomorrow” and “Face/Off” helmer John Woo.

Set against the upheavals of revolutionary China in 1949, the film is the story of three couples from different backgrounds who make a fateful voyage on a ship fleeing China to Taiwan. The screenplay is by Wang Huiling, who previously co-wrote “Crouching Tiger, Hidden Dragon” and who adapted “Lust Caution.”

“We are not shooting the foreign actors yet. And we are still adding on names,” Chang told Variety. “Confirmed are Jack Kao (高捷), Yang Kui-Mei (杨贵媚), and Hong Kong actor Bowie Lam (林保怡). 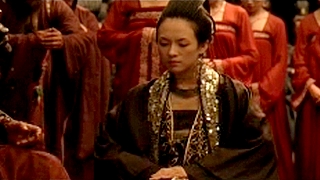 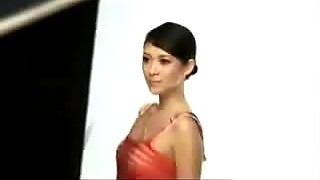