Welcome to Zhang Ziyi Infos, your best source for the Chinese actress since 2007. Zhang Ziyi is a famous actress known for her roles in Crouching Tiger, Hidden Dragon, Memoirs of a Geisha, The Grandmaster and so many other great films. Zhang Ziyi recently directed the short film Poem in the anthology film My Country, My Parents. Read her full biography here.
Published on In
Films Music Video My Lucky Star Public Appearances The Grandmaster

Ziyi was, this year again, the ambassadress of the 13th Chinese Media Film Awards. At the press conference, the actress revealed that, right after the ceremony, she will go back to the USA to promote The Grandmaster with Wong Kar Wai and Tony Leung. Indeed, Friday the film will be released in the USA in 700 to 800 theaters simultaneously. We also learnt that Ziyi participated to the first MV of Yinxi Shui, a member of Ziyi’s team in the TV show The X-Factor. This MV will be used to promote My Lucky Star.Two Stills have been released. The actress said she felt confident about the success of My Lucky Star.

During the ceremony, Ziyi gave the “best picture” prize to Lethal Hostage, directed by Cheng Er. You can watch a video by clicking here. 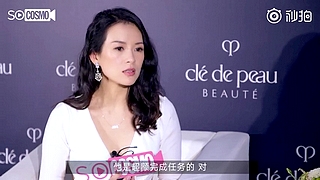 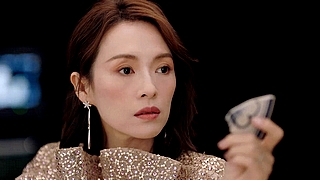