Welcome to Zhang Ziyi Infos, your best source for the Chinese actress since 2007. Zhang Ziyi is a famous actress known for her roles in Crouching Tiger, Hidden Dragon, Memoirs of a Geisha, The Grandmaster and so many other great films. Zhang Ziyi recently directed the short film Poem in the anthology film My Country, My Parents. Read her full biography here.
Published on In
Cannes Film Festival Festival Films The Crossing

Some articles give some relevant information about the film…

John stated that “Titanic” was a love story that took place on a ship. But “The Crossing” is a story of fate, as these characters were fleeing from the war-torn China to Keelung, Taiwan.

“The wartime background brought each person a different fate, so if there is any comparison, I would say it is closer to “Gone with the Wind”,” said John.

According to Woo, “The Crossing” is “a love story spanning fifty years of Chinese history.” He was anxious to emphasize that the film is a romance despite the fact that he is best known for directing male-oriented action films. It certainly looked romantic judging by the trailer, with some inimitable Woo set pieces, and strong hints of beloved Chinese themes of separated families, star-crossed love, and the tragedy of war.

In regards to HKFA Best Actress Zhang Ziyi, John said, “I believed that directors who have worked with her like Wong Kar Wai, Ang Lee, and Zhang Yimou would be rather happy because she would exceed expectations and work even harder than the director would ask.”

Asked why she accepted her role in “The Crossing,” Zhang said, “It’s the first time I cried so much reading a script.”

In the evening, the cast was reunited for a party. Some pictures are in the gallery. Ziyi was simply radiant!

The Crossing Promotion in Cannes 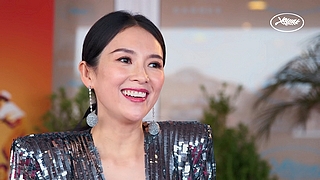 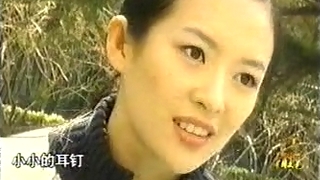