Welcome to Zhang Ziyi Infos, your best source for the Chinese actress since 2007. Zhang Ziyi is a famous actress known for her roles in Crouching Tiger, Hidden Dragon, Memoirs of a Geisha, The Grandmaster and so many other great films. Zhang Ziyi currently stars in The Rebel Princess, a 68 episodes Chinese period drama. Read her full biography here.
Published on In
Public Appearances

On may 4th, Ziyi was one of the prestigious guests invited to the MET Gala. The Met Costume Institute’s theme of the year was China, Through The Looking Glass. Many chinese artists attended the event like Gong Li, Tang Wei, Zhou Xun, Michelle Yeoh, Li Bingbing… Ziyi was fabulous in her Carolina Herrera dress! Don’t miss some amazing pictures in the gallery!

Moreover, Vogue spent time with Ziyi while she was in New York. You can read a nice article below and some beautiful pictures have been added to the gallery.

No stranger to the red carpet, actress Zhang Ziyi, a BAFTA and Golden Globe nominee for roles in films like Crouching Tiger, Hidden Dragon and Memoirs of a Geisha, first wore Carolina Herrera to the Cannes Film Festival in 2013. “I loved it so much I wanted to work with her again,” says Zhang, who began the process with the designer three months ago on her Met Gala dress over long-distance conversations and weekly deliveries of sketches and fabric samples from Carolina Herrera’s New York City headquarters. “It was always exciting to receive courier packages from her,” says the Beijing resident.

The dress they eventually arrived at—a custom ivory mikado gown with a fabric appliqué skirt—had roots in both traditional Chinese dress and the modern runway. “We started with a cheongsam-inspired collar as an ode to this year’s Met Gala theme. I used a hand-stitching fabric treatment to create a stylized bouquet of branches surrounding the ball skirt,” says Herrera.

And indeed Zhang did, resplendent in her ornate all-white dress, “a shape I’d never tried before.” “She’s given the qipao [cheongsam] a gorgeous red-carpet feel,” exudes the actress of the resulting look—one which no doubt portends future design sketches exchanged between Beijing and New York City and more elegant big entrances to come. 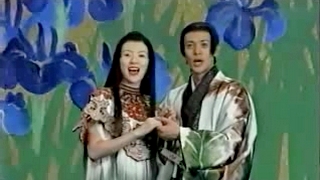 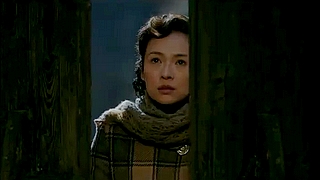