Welcome to Zhang Ziyi Infos, your best source for the Chinese actress since 2007. Zhang Ziyi is a famous actress known for her roles in Crouching Tiger, Hidden Dragon, Memoirs of a Geisha, The Grandmaster and so many other great films. Zhang Ziyi recently directed the short film Poem in the anthology film My Country, My Parents. Read her full biography here.
Published on In
Awards Public Appearances

Ziyi was once and again gorgeous in her golden dress at the 12th Chinese Film Media Awards. The actress receive a prize for her contribution to Chinese cinema. You can watch a video of Ziyi receiving her award here.

This event was Ziyi’s first public appearance since the terrible accusations published on some Chinese medias. Ziyi’s publicist published a statement on Tuesday to dismiss these allegations (read here). Yesterday Ziyi explained she will take legal actions against Hong Kong’s Apple Daily tabloid.

“I’d like to thank everyone for their concern. I really want to tell everyone my attitude about this.

“This ‘news’ is a complete lie. Both within the article and between the lines, there were contemptuous lies,”

“I met with my lawyers in Hong Kong and clearly expressed my position.”

“Whatever the cost, I will seek legal recourse and pursue this matter to the very end,”

“I read a lot of comments from people who don’t know the truth and they think this film industry is like that (rife with unsavoury dealings).

“This time, these (irresponsible reports) have not only hurt me, but maligned the film industry. And worse of all, they (some media outlets) made use of such hot topics to fool the public,”

Ziyi also said that after The Grandmaster’s shooting, she will start filming Sophie’s Revenge 2.

To conclude, Zhang Ziyi Infos will never publish any trash news and we will always support Zhang Ziyi no matter what. 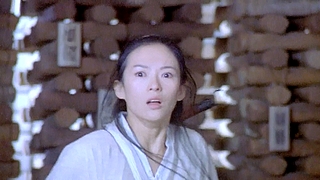 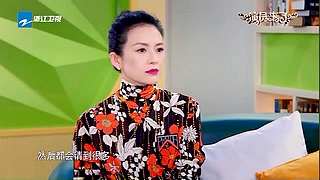