First of all, 新年好!

The gallery has been updated with more than 150 pictures of Ziyi in Berlin. Enjoy!

Yesterday, “The Grandmaster” opened the 63rd Berlin International Film Festival where the film received mixed reviews. Wong Kar-wai said in an interview that the international version, shown in Berlin, was easier to understand for international audience, and more mature. Chinese media reported 20 changes, mostly minor changes including additions and omissions from the original version.

Western audience from U.S, Australia, New Zealand and the UK will be able to watch the film in theatres thanks to The Weinstein Co. who acquired the rights of ‘The Grandmaster’.

During the press conference Ziyi said:

“For me, even though I didn’t know who my character was, I still think I’m the luckiest actress in the world,” – “If Wong Kar Wai asked me again to give him this amount of time, I would do it again. That’s how great he is.”

You can watch or re-watch the press conference and the photocall here.

Finally, the team of ‘The Grandmaster’ was reunited to walk on the red carpet. Ziyi was absolutely gorgeous in her green dress.

Stay tuned for more pictures during the weekend!

Tomorrow, Wong Kar-wai’s “The Grandmaster” will open the 63rd International Film Festival. Take a look at the Berlinale programme!

Wong Kar-wai’s The Grandmaster will open the 63rd International Berlin Film Festival. Ziyi will shine on the red carpet of the Berlinale on February 7th at 19:30!

Yesterday, we learnt a quite bad news. Indeed, Wong Kar-wai has cut his film even more for the Berlin film festival. It’s a little disappointing.

According to The Hollywood Reporter, Hong Kong director Wong Kar Wai has excised a further 15 minutes out of his new martial arts epic The Grand Master, ahead of its international debut at the Berlin International Film Festival this coming Thursday.

The Grandmaster was supposed to be released on December 18th. The release has been postponed to January 8th.

This week, a fantastic news has been revealed! The Grandmaster will open the 63rd Berlinale.

“It is a special honour for us to open the 2013 Berlinale with the presentation of the newest film by this year’s jury president, WONG Kar Wai. With The Grandmaster, Kar Wai has added a new and exciting facet to his body of works, and created an artful, visually powerful genre film,” says festival director Dieter Kosslick.

Nearly three years of film production and almost a decade of preparation went into the making of The Grandmaster for its director WONG Kar Wai, who began exploring the idea for the film in 1996.

“I am truly very honoured by Dieter and his invitation for my new film The Grandmaster to participate in the 63rd Berlinale and to open the festival. This is a dream project for me that I had been developing for many years. I am very happy to be able to present it in Berlin. I was already greatly looking forward to my returning to Berlin to serve as the President of the International Jury, so seeing The Grandmaster presented there will make it all the more special for me,” says WONG Kar Wai.

With his signature style-defining mood, atmosphere and reality, director WONG Kar Wai delves into the eternal question in martial arts of whether the victor is more than merely the “last man standing”, and brings the genre to new heights.

The Grandmaster will be presented as the opening film in the official selection, but screening out of competition.

The gallery has been updated with several gorgeous posters. We also removed a few stills and uploaded beautiful HQ pictures of Ziyi. Enjoy! 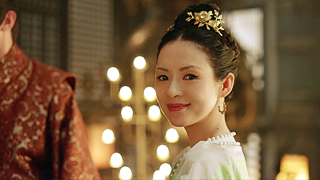 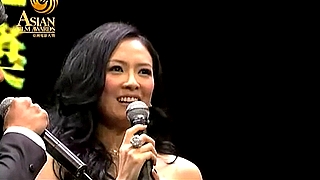