Category: My Country, My Parents

Published on In
Awards Festival Films My Country, My Parents Tokyo Film Festival

No comments
Published on In
Films My Country, My Parents

More information about My Country, My Parents

Actress Zhang Ziyi, actor-and-director Wu Jing, comedian Shen Teng, and actor-and-director Xu Zheng come together to direct four short films as part of a new anthology drama paying tribute to China’s families.
Tentatively titled “Me and My Father,” the project focuses on normal Chinese families in four different eras, as well as their collective memories. According to the production company, China Film Co., Ltd., the project looks to shed light on family relationships and how parental love can enlighten children.

The new film will be included as the final installment of “National Day Celebration” trilogy. Though the films are not connected in terms of their storylines, their themes echo the idea of creating a national tribute through the perspectives of normal people.

“It’s very challenging for me during the creative process, but with sincere and strong emotions, we will show our respect for the selfless dedication of our elder generations,” said Zhang Ziyi, whose short film in the patriotic omnibus will be her directorial debut.

A Trailer for Ziyi’s Next Movie

After My People, My Country and My People, My Homeland, a new entry (我和我的父辈) of the nationalist anthology trilogy is slated for an October 1st release in Chinese theaters, and Ziyi is both directing and acting in the second short. Here’s is the first official trailer with both behind-the-scenes footages and actual clips of the movie. 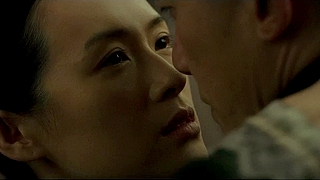 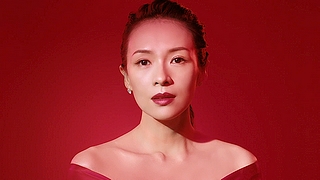