Published on In
Films Godzilla vs. Kong The Climbers

Climbers and Godzilla vs. Kong Both Wrap Filming

We haven’t heard much about these two movies during the principal photography, but it seems the post-production on both Climbers and Godzilla vs. Kong just started.

The director Adam Wingard confirmed a few hours ago that the principal photography of Godzilla vs. Kong was now completed on his instagram account.

On April 8th, a crew member of Climbers annouced via his weibo that the filming had just wrapped in Tianjin and posted some selfies with the cast.

No comments
Published on In
Films Projects The Climbers

The Hollywood Reporter finally confirmed the participation of Ziyi in the Chinese blockbuster Climbers directed by Daniel Lee. She will star as the meteorologist alongside Wu Jing, Jackie Chan, Hu Ge and Jing Boran. The filming is currently underway and it shouldn’t be too long before we see some pictures of footages of the film.

The film will dramatize the real-life expedition of Chinese climbers Wang Fuzhou, Gonpo and Qu Yinhua, who made a historic ascent up Mount Everest’s North Ridge in 1960. The Chinese team was the first to successfully climb Everest’s north side, which is known to be especially perilous. The trio famously left a small statue of Chairman Mao atop the summit before returning midway down the mountain to rescue a fourth member of their team who was unable to complete the climb.

Alongside Wu and Chan, the two other climbers in the group will be played by popular young actor Jing Boran (Monster Hunt, Us and Them) and television star Hu Ge (Chinese Paladin, 1911). Actress Zhang Ziyi rounds out the star-studded cast as a Chinese meteorologist who assists the mission.

A second theatrical trailer of Godzilla: King of the Monsters was just released. Enjoy a few new (very short) shots of Ziyi with short hair.

The filming of Monarch Industry (it’s not too late to change the English title) is finally over, after an impressive 273 days of filming. We can now confirm Hou Yong, the cinematographer-turned-director behind Jasmine Women, as the director and Gao Hu as the director of photography. Some behind-the-scene pictures were posted online.

I Am An Actor: Episode 4

Let’s enjoy a new episode of I Am An Actor. The sixth generation director Lu Chuan participated to this episode as a guest judge. Also, we had the chance to see two actresses on stage impersonating Zhou Xun and Ziyi in The Banquet!

Tonight, Ziyi attended the 14th Changchun Film Festival. She was awarded the Best Actress prize for her performance in The Wasted Times.

I Am An Actor: Episode 1

The first episode for the second season of The Birth of an Actor, now called I Am An Actor, was just aired in China tonight. We had the chance to see Chen Kaige, as well as a play retelling a scene of Crouching Tiger, Hidden Dragon. Enjoy! 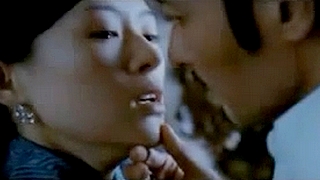 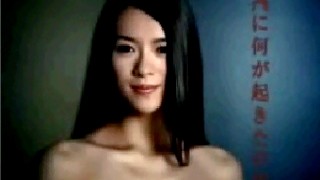