I added more than 900 screencaptures of The Crossing: Part 1. Enjoy!

No comments
Published on In
Films The Crossing TV Show

Ziyi and the cast of “The Crossing” appeared on a chinese TV show. Some pictures are in the gallery.

No comments
Published on In
Films Magazines Photoshoots The Crossing

Ziyi covers and appears in different magazine to promote “The Crossing”. Some gorgeous pictures are to discover in the gallery.

The film certainly delivers as star-laden festive entertainment, but as just the latest in a long line of Chinese war-time epics, one feels The Crossing will need the fireworks of Part 2 to truly rise above the competition.

Meanwhile, lowly KMT Communications Officer Tong Daqing (Tong Dawei) enters into a marriage of convenience with an impoverished young woman, Yu Zhen (Zhang Ziyi) before being shipped out to the front line. While Tong experiences the full horrors of war first-hand, under the leadership of Commander Lei, Zhen suffers through a series of hellish misfortunes as she struggles to survive in a Shanghai being torn apart.

Tong Dawei pitches his liable everyman soldier spot-on throughout, demanding sympathy without ever feeling helpless. This leaves the real emotional burden of the drama at the feet of Zhang Ziyi, who endures an endless parade of torments and tragedies that will inevitably see her as one of the crew of the Taiping when Part 2 arrives next May.

Meanwhile, back in Shanghai is Yu Zhen (Zhang Ziyi), an illiterate young woman who came into the equation when Dong pays her to have a photograph taken together as a couple as a proof of marriage, which would provide his family back home with more food rations. This financial exchange is a harbinger of Yu’s unraveling existence, as unforgiving circumstances eventually force her to go into the skin trade so as to secure enough money to travel to Taiwan with hope of finding her missing lover. Of course, Yu is a prostitute with a heart of gold: soft-spoken and incredibly photogenic given her precarious financial situation, she also spends her daytime as a volunteer nurse caring for injured soldiers, which provides more opportunities for histrionic depictions of the brutalities of war.

The Crossing Released Today in China

Today, the first part of “The Crossing” is released in China. Enjoy this new trailer and 5 new promotional stills!

No comments
Published on In
Films Public Appearances The Crossing

The Crossing Promotion in Beijing

Woo says he believes audiences will enjoy the movie no matter what culture they are from:

“In the past, people thought that only action films or martial arts were understood universally, but in reality I don’t think that is correct. If we can appreciate western types of love stories, I am sure they can also appreciate and understand our Oriental type of love stories.”

The film’s leading actress, Zhang Ziyi, also shared her hopes that “The Crossing” will be well-received both at home and abroad, emphasizing the hard work both cast and crew put into the epic.

And the premiere of the film! 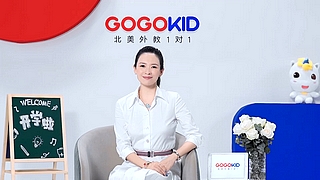 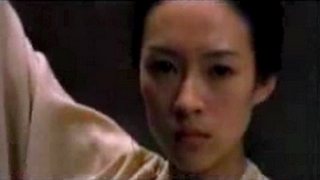