No comments
Published on In
Films Public Appearances The Grandmaster

The new 3D cut of “The Grandmaster” was released on Monday 5th january and the cast of the film attended various promotional events in Beijing. Wong Kar-wai, Tony Leung Chiu-wai, Chang Chen, Zhang Jin and Wang Qingxiang were all there to promote the film. During a press conference, “the director and cast members were asked to express the unique flavour of each other” and Wong Kar-wai compared Ziyi to an onion:

As to his leading lady Zhang Ziyi, Wong said, “She is like an onion. She is spicy and crunchy, a northern specialty. The flavour is sweeter when it’s more mature.”

Yesterday the cast attended a press conference with martial artists.

No comments
Published on In
Films The Grandmaster

the 3D edit was put together with shorter U.S. cut as a loose guide, however, previously unseen material was also incorporated. The final result? A movie that now runs 111-minutes-long (versus 122 in the original international cut) and apparently has a new structure and more streamlined storytelling.

The most mysterious martial art style of Zhang Ziyi’s character Gong Er, the “64 palms” might possibly show its true face again. In The Grandmaster, Ip Man and Gong Er only had two duels but was so deeply impressed by the “64 palms” that he found it hard to forget. He only wanted to see such great kung fu again, unfortunately due to various reasons Gong Er’s special abilities finally vanished from the world, without any “echo”. Yet in the end of The Grandmaster 3D‘s trailer, Gong Er’s line “If you want to see the 64 palms, you only have the time it takes to open a fan” was added. Seemingly there was room for something more.

No comments
Published on In
Films The Grandmaster

No comments
Published on In
Festival Films Public Appearances The Grandmaster

The 45th International Film Festival of India, opened in Goa on Thursday. Zhang Ziyi and Tony Leung attended the opening ceremony. Wong Kar-wai’s ‘The Grandmaster’ will close the festival. The Hong Kong-based director will also receive the lifetime achievement award on the last day of the extravaganza. Source.

“Wong Kar Wai is my master. He gave me the opportunity to star in his last project ‘The Grandmaster’. He has a unique style of filmmaking.

“He shoots his films without scripts and we shot ‘The Grandmaster’ also in that way. We didn’t know the whole story in the beginning but we started understanding it gradually with each day on the set,” Ziyi told PTI.

The ‘Memoirs of a Geisha’ actress has been part of both Chinese and American films. Ziyi also expressed her desire to star in an Indian film especially for its enchanting music.

“I have watched many Indian films since my childhood. I really like the beautiful music of Indian films and I hope that we soon will try to incorporate such quality in our films. Indian love stories really touch me,” said the actress who is representing China, which is the focus country of the festival.

During her maiden visit to India, she met actor Anupam Kher and is impressed with his filmography.

“Anupam Kher has done 418 films and now I have started worshipping him. He said he loved my latest work ‘The Grandmaster’,” she said.

Ziyi feels that more Indian films should be sent to China in order to increase knowledge about each other’s cinema.

“In the last 20 years very less Indian films have been sent to China and that’s why this festival is very important to me as I will get to watch Indian films here,” she said.

The ‘Crouching Tiger, Hidden Dragon’ actress said the Chinese film industry is in its growing phase. 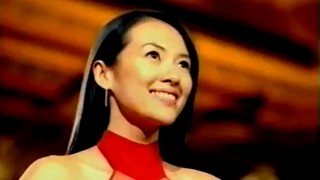 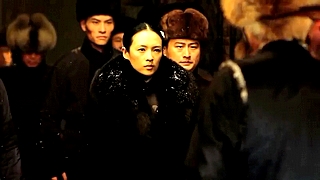