As promised, I uploaded many HQ pictures and a very nice photoshoot.

Take a look at the “Dangerous Liaisons” Press Conference at TIFF. Be warned, many spoilers!

The press conference is a bit disappointing but Ziyi answered some interesting questions:

Q: How is the chemistry for Ziyi and Gun? How do you see each other in real life, away from the camera?
A [Zhang]: When I initially got the offer, I was really excited because the novel is a really well-known project. As a film fan, I was curious about this movie as well, so it’s a great chance for us to work together to make a beauitful Chinese film even though our director is Korean, our lead actor is Korean. But everyone tried to give their best performance to this movie, so you’d like it.

Q, from the Toronto Sun, for Zhang Ziyi: Usually in Chinese cinema, sexual and sensual subject matter isn’t examined as directly. There are still people who’re uncomfortable with this; was that part of your interest in exploring that theme in the Chinese version of the story?

A [Zhang]: Perhaps you would know, in China there’s no rating system for films. So, most of the Chinese films are quite conservative because of that.

Of course, the novel and previous versions had strong sexual content as part of it. So I think the director, perhaps, used a lot of more detailed, subtle ways of expressing these relationships that are less visual, but nonetheless, very subtle and detailed. So, you won’t be disappointed [laughs].

Q: If you could choose between a good or evil character in the movie, who would you choose? Would the other role be a good fit for you?

A: If I had the choice, I would play both of them. I did mine, so I think the next one will be the other.

We’ve uploaded the gallery with many pictures. Many HQ will be added soon, so stay tuned!

No comments
Published on In
Photoshoots

We have the pleasure to show you our brand new design with two gorgeous outtakes from Madame Figaro. Do not forget to visit the site wich was greatly improved (biography, filmography, advertisements…). Enjoy your stay!

No comments
Published on In
Magazines Photoshoots

Zhang Ziyi is on the cover of Madame Figaro China. Enjoy the gorgeous photoshoot!

No comments
Published on In
Magazines Photoshoots

Ziyi is on the April cover of L’Officiel magazine in China. Take a look at the nice cover…

…and the very glamorous photoshoot. 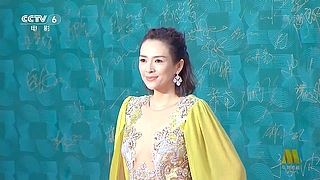 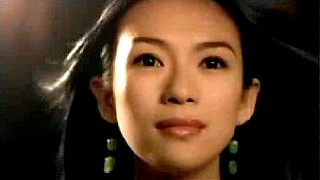