Published on In
Crouching Tiger Projects

Some information were revealed a few days ago about the next project of Korean auteur Lee Chang-dong, including the plot.

Set within a city in Gyeonggi Province, South Korea. Story revolves around a Chinese woman who works as a prostitute, a serial killer and a detective who chases after the serial killer.

Won Bin would play the serial killer, Sol Kyung-gu the detective and Ziyi would get the part of the Chinese prostitute. According to various Korean news, none of the actors were confirmed to star, but during the Chinese Film Festival in Korea last month, reporters asked Ziyi about a Korean actor of she would like to work with. She replied: “I like Won Bin. Please give me a scenario to act with him.” The filming is expected to start in October.

Ziyi to star in next Lee Chang-dong’s film

During Busan Film Festival in South Korea last year, Ziyi expressed her interest in working with Lee Chang-dong while they were both attending the same talk session.

Zhang continued, “I first met director Lee Chang Dong at a film festival in Hong Kong. After seeing Milyang (Secret Sunshine), I thought this director would be able to see the potential in an actor.”

The two met on several occasions to talk about films, and they also drank makgeolli in Insadong when the actress visited Korea.

It was quite interesting to see that they both wished to work together, but nothing concrete was reported until yesterday when Won Bin, Sol Kyung-gu and Ziyi were all considered to star in the next project of famous korean director Lee Chang-dong. Actually, the script is not yet completed, so the project is still in early stages and nothing is confirmed, but it would be a great move from Ziyi to take the lead role in a Lee Chang-dong movie, for so many reasons…

No comments
Published on In
Awards Projects Public Appearances The Crossing

Ziyi attended the Annual Sina Ceremony today, alongside Sophie’s Revenge 2 co-stars’ Wang Leehom and Yao Chen, she won the prize of the personality of the year.

Ziyi was also asked about her plans for 2013. She told the press that she will be working with John Woo. Glad to hear that the project Love an Let Love is still happening. The filming will probably start very soon…

We Learnt today that Ed Swick left the project…

Ed Zwick (“The Last Samurai”) has fallen off directing duties for the historic epic “The Great Wall,” an individual close to the project told to TheWrap on Monday, adding that there was a difference in visions on how to move forward on the project between Zwick and the producers, Legendary East.

A decision was made earlier this summer to push the start date of the project from the fall to the spring to avoid adverse weather conditions, and there was some speculation about the future of the project. But financing remains in place for the film, the individual said, and it is moving forward.

Earlier this year, casting was announced, with a starring lineup that included Henry Cavill and Benjamin Walker. Chinese stars such as Zhang Ziyi are also reportedly being courted for the film.

A group of British warriors in 15th century China arriving at the wall as its being hurriedly constructed. Turns out the rush isn’t just because Mongols have been giving the Chinese soldiers problems. It’s because nightfall brings something much more dangerous. And far more otherworldly.

Henry Cavill is rumoured to star in a lead role, as well as Benjamin Walker. Other Chinese names will be added. Shooting will start next spring.

According to some sources, Ziyi is set to star and produce the adaptation of Guy Gavriel Kay’s Under Heaven. Guy Gavriel Ray wants Ziyi in the character of Wei Song. Lets see if his “dream casting” comes true.

A development agreement has been entered into between author Guy Gavriel Kay and actress Zhang Ziyi and her management company and production partners Mosaic Productions, with respect to Kay’s most recent novel Under Heaven. Zhang Ziyi is attached to star and produce.

Still no director is attached to the project at this point. It may takes some years for the project to develop and Ziyi is still busy with the filming of The Grandmaster this month and the filming of the new movie of John Woo and Sophie’s Revenge 2. Next year will be huge for Ziyi! 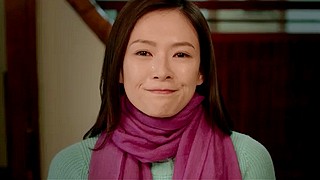 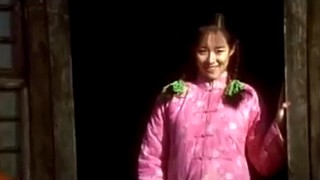