Published on In
Awards Public Appearances

Ziyi was once and again gorgeous in her golden dress at the 12th Chinese Film Media Awards. The actress receive a prize for her contribution to Chinese cinema. You can watch a video of Ziyi receiving her award here.

This event was Ziyi’s first public appearance since the terrible accusations published on some Chinese medias. Ziyi’s publicist published a statement on Tuesday to dismiss these allegations (read here). Yesterday Ziyi explained she will take legal actions against Hong Kong’s Apple Daily tabloid.

“I’d like to thank everyone for their concern. I really want to tell everyone my attitude about this.

“This ‘news’ is a complete lie. Both within the article and between the lines, there were contemptuous lies,”

“I met with my lawyers in Hong Kong and clearly expressed my position.”

“Whatever the cost, I will seek legal recourse and pursue this matter to the very end,”

“I read a lot of comments from people who don’t know the truth and they think this film industry is like that (rife with unsavoury dealings).

“This time, these (irresponsible reports) have not only hurt me, but maligned the film industry. And worse of all, they (some media outlets) made use of such hot topics to fool the public,”

Ziyi also said that after The Grandmaster’s shooting, she will start filming Sophie’s Revenge 2.

To conclude, Zhang Ziyi Infos will never publish any trash news and we will always support Zhang Ziyi no matter what.

Zhang Ziyi was gorgeous on the red carpet of the 2nd Beijing International Film Festival… Have a look!

Edit: Enjoy many mores pictures of the red carpet and the opening ceremony with Andy Lau!

No comments
Published on In
Films Forever Young Public Appearances

Thanks to the press conference held in Tsinghua University auditorium, we have some information about the film.

The shooting took place into the Tsinghua University campus. Some students of the university join the cast during the shooting. The script of the film has been changed several times during the shooting (even 20 minutes before the shooting) but the plot of the film remains quite mysterious. But what we know is that the main subject is the youth. Director Li Fangfang was tight-lipped but she revealed that she showed the script to the actors and let them choose their own role. The shooting in Beijing has been completed, the crew will shoot soon to the Yunnan. Shooting should be completed in September.

Ziyi attended a new Dior fashion show in Shanghai, China. The actress was simply stunning in her red dress.

The 2nd Beijing International Film Festival will be held from Monday, 23th April to Saturday, 28th April 2012. Ziyi will shine on the red carpet again…

Festival organizers say they will be screening more than 260 films from across the globe over the course of the six-day event while hosting a film market that aims to bridge the gap between China and the international film community. Among the local stars set to grace the red carpet are directors Feng Xiaogang and John Woo and stars Tang Wei, Fan Bingbing, Zhang Ziyi and Jackie Chan.

Source. And don’t forget to visit the official website of the festival. 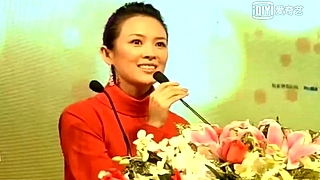 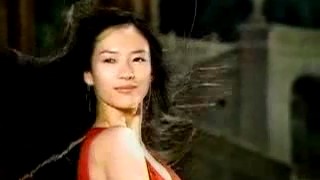