Just back in Beijing from a trip to Xi’an with a few American friends to see the terracotta warriors, following a vacation with her parents in Hawaii, Zhang Ziyi looked sprite and in good spirit. This reporter met her in the Palace Hotel (in downtown Beijing), with her mother by her side. She said pleasantly that she had told her mother to look around the shops for anything she wanted and she would pick up the tabs.

During the interview, Zhang Ziyi for the first time revealed her take on a personal relationship, “I don’t expect a lot from a relationship. I don’t want to rely on anyone, ever. What I need more than anything else is heart-felt understanding. I’m looking for a learned man who can win my reverence and respect under any circumstances.”

Q: About your low-key style. There are some voices out there saying you are just pretending to be mysterious. Any comment?”

Z: I don’t think I’m that secretive. It doesn’t mean much to me if there is one more or one less report about me. I’m much better off doing just what I should be doing. Actually I always stay out of trouble as best I can. I’m instinctively self-protective and don’t make new friends as a hobby.

Q: More often than not people learn about your whereabouts in news reports covering your appearance at overseas functions such as movie events or fashion gigs. Don’t those news reports tend to make people misunderstand you?

Z: I don’t feel obliged to tell everybody where I am. I just want to live my own life the way I want it. I don’t like such formulaic expressions as sending a “Happy New Year!” SMS every year and what not. This kind of cliched messages mean nothing to me. You send me one and I’ll send it back to you in reply…I just hate this kind of messages.

Z: Sometimes I like to dine with friends, but most of the time just with my family, because my friends are also my parents’ friends. They all know one another very well. Sometimes I would ask a few girl friends to go shopping or for a facial. Maybe a massage, too. The one I usually go to is an unassuming little parlor near my home.

Q: Many people say they saw the real Zhang Ziyi at your brother’s wedding.

Z: That’s probably because many reporters haven’t had many opportunities to talk to me, I guess. It’s like how I used to think about Gong Li years back, how wonderful her everyday life must be! But, in fact, everybody is just an ordinary person in private. We are all so ordinary as everyone else.

This time I went with my parents and some foreign friends to Xi’an to see the terracotta warriors. I was just myself, fooling around at the dinner table when we ate. One of the foreign friends, who didn’t know me very well, said: ‘I never imagined you could be so easy-going. Just like a little girl. Eating your heart out like there is no one else around. It’s so real.’ That sounded like a revelation to me, too. Seems only one’s innocence never fails to affect.

Q: It is said that you were quite emotional when you learned you had been nominated for a Golden Globe. When you were actually at the ceremony, did you feel nervous?

Z: I was actually very relaxed. I never expected to win. As it is, being nominated is a very great honor already.

Q: Your Golden Globe nomination was a pleasant surprise to all of us. We all wished you would give us more of such in the future. That’s why we all felt so disappointed when you didn’t win in the end.

Z: It shows people think too much of this (award) thing. I as the one under the spotlight managed to stay more or less unaffected. Winning is certainly worth celebrating. But that doesn’t mean not winning proves you are not a good actor.

As a matter of fact, Americans don’t think of those who did not win awards as losers. When he was interviewed on the red carpet that day, (Brokeback Mountain helmer) Ang Lee said everyone who had walked on this red carpet was a winner.

Q: People had also hoped you would be nominated for an Oscar but were again disappointed. Were you, too?

Z: I was very calm. I think being nominated for a golden globe is a gift, sort of a surprise. Every award has its own rules of the game. Frankly, I have never expected to win an Oscar someday. I don’t understand why so many people see the award as (from) “heaven”.

I remember an actress said during an interview, “I will definitely work hard for Oscar.” It sounds so hilarious. I think an actor should work hard for his or her next role, not for some accolade. The two goals require different efforts.

I go to the US a lot, but I still don’t believe I belong in Hollywood. If I give up this belief, I can make tons of movies a year there.

Q: Your family was not rich when you were a child. Or, in your own words, you were an underprivileged child. Now that you have loads of money, has your idea of wealth changed?

Z: On the contrary, believe it or not. When I was in college, I thought it was a lot already when I made 400 yuan (RMB) for an ad shoot. I guess I’ve never had the urge to do anything to be rich. Everything has turned out just fine for me. Now I have everything I need materially. What I need is freedom and happiness.
I also long for a special kind of happiness… Some day I’ll find the one I can trust my feelings with. It’s love between the two of us and a family with children. But who knows when that will happen? Maybe in the distant future.

Q: Are you confident about your current relationship?

Z: I don’t want to let the whole world know about such private matters of mine, because that is the only space I have to guard. Whether it is to protect myself or those I love, I take it as my responsibility. I think every woman, no matter who she is and at what age, needs someone to trust her feelings with. Do not believe a normal woman when she claims: “I don’t want a boyfriend,” or “I don’t need love.” Ever.

Q: I never thought you’d be so pessimistic about love?

Z: I’m now in a phase where I can’t expect too much emotionally. Maybe some day I’ll meet someone and I suddenly feel I can just stop making movies for good. Just maybe. Some women probably need men for their material provisions. Not me. I am quite a feminist. For me as an individual, I never want to rely on anyone. What I need more than anything else is heart-felt understanding. I’m looking for a learned man who can win my reverence and respect under any circumstances.

Q: In (Director) Feng Xiaogang’s new movie “The Banquet”, you have an affair with each of three men at the same time. How much more exciting can love be than that? What brought you and Feng together for this project?

Z: When I met with (Executive Producer) Wang Zhonglei at the Cannes Film Festival last year, he told me there was this story. I thought it was quite interesting, but I also let him on some of my thoughts about it. He called Director Feng that same day, and he (Feng) said immediately: ‘I can change the plots for Zhang Ziyi.’ Then I just fell in love with the script when I read it. To me, this is a whole new character. She is an empress. And a very mean one who is nevertheless also vulnerable deep inside. She is very conflicted.

Q: Did you ask Feng Xiaogang if he was satisfied with your performance?

Z: (Laugh) How could he not be! But really, I don’t think he was totally sure in the beginning how good my acting would be. Then he said “Ye Yan” (The Banquet) would make me…(Ziyi stopped without finishing the sentence and said, somewhat embarrassed: “Why don’t you ask him the next time you two see each other!”) 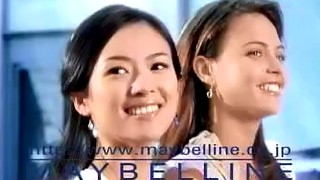 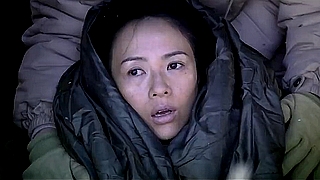