She mesmerized us in Crouching Tiger Hidden Dragon. Now this 22 year-old Chinese actress is about to make her mark on Hollywood in New Line Cinema’s Rush Hour 2. Zhang Ziyi gives blackfilm.com the scoop.

How did you feel when you were asked to do Rush Hour 2?

ZZ: I hadn’t expected the offer to do a Hollywood film would come so quickly. I was offered the part while shooting a Korean film. I was approached by the directors of Rush 2 who had gone all over to cast this character, including Hong Kong. I was very excited and happy to receive this opportunity. This has been a wonderful experience all around.

Since you are now on the Hollywood “Hot List” do you plan to learn English?

ZZ: Definitely. I am learning but I am not fluent.

ZZ: Because of my English constraints I have no true aspirations to continue in the Hollywood arena. I am currently concentrating on Chinese films.

You are very demure but the characters you played in both Crouching Tiger and Rush Hour 2 are both strong and mean. Are you more of a traditional Asian women or more independent?

ZZ: I’m more traditional. I’m not likely to hit people I am very calm and composed which is why I relish the opportunity to play characters that are so different than me. They really challenge me and allow me to expand as an actress.

How do you explain the success of Crouching Tiger?

ZZ: In the midst of playing the character, while filming, nobody was thinking about what the impact of the story would be. I was totally focused on living and breathing my character and being in the moment. However, the complexity of the story, the martial arts, the romance, the drama and the beautiful cinematography definitely explain the impact that the film has had.

Is it true that the film didn’t work in Asia?

ZZ: In China it wasn’t as well received but it was in Taiwan.

Where do you live?

ZZ: In Beijing with my parents

Do you have any difficulties with the Chinese authorities coming back and forth to America?

ZZ: Luckily the current conflicts between China and America happened after I started filming (joking). They have no difficulties or problems with my work. They are very supportive because they feel I represent Chinese people.

ZZ: I like the atmosphere and the general environment, and of course the food, but I would like to develop my English.

Are you a celebrity in your country? How do you handle the stardom?

ZZ: Yes. I feel that I have a responsibility to behave mannerly in public and I am more conscientious in my every day life. I try to be an example to others. I feel good if can encourage someone else to be more courteous or proper.

Do you have a favorite charity?

ZZ: I am always interested in supporting youth especially young children. If I weren’t an actress I’d be a kindergarten teacher like my mother. I hope to one day open a kindergarten or nursery school and bring the best teachers to teach the creative arts.

How does your family deal with your celebrity?

ZZ: My father is a high government official so where I used to be known as his daughter, now everywhere I go he’s introduced as my father. If he goes to the hospital for anything he takes me with him and I tell the doctors that I will answer their questions and take pictures with them as long as they treat him well and honor his requests.

Is this what you wanted to be as a little girl?

Do you have any brothers and sisters?

ZZ: I have an older brother.

Is he an actor?

Do you plan to stay in China or move one day?

ZZ: If my English improves I would like to live in America or Australia. 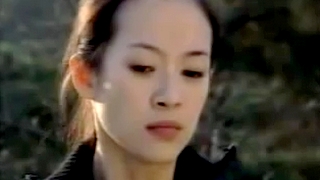 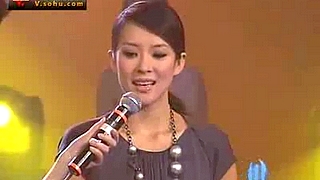