Chinese actor Zhang Ziyi talked about her career on Wednesday during a conversation with director Yves Montayeur. For an hour and a half, the star who has worked with the greatest Chinese directors, from Wong Kar-wai to Zhang Yimou and Ang Lee, shared confidences about the films that have left their mark on her.

On Wo hu cang long (Crouching Tiger, Hidden Dragon), the film that made her name:
I acted in this film twenty-one years ago! The way I look at it now is completely different. The subject matter that Ang Lee develops in the film is a timeless theme, which is that each individual has to stay true to himself. At the time I was nineteen years old. I did not fully understand what he meant. I was a student at the Centre for Dramatic Arts in China. I had just made my first film with Zhang Yimou. One day, I heard someone say that one of my professors had sent my photo to Ang Lee. And then Zhang Yimou recommended me to Ang Lee. For two months, I was training for the role, knowing that there were other candidates for the part. I didn’t know if I would get it.

“Most of the roles I have played have a common theme of perseverance.”

On her first collaboration with Wong Kar-wai:
He has played a very important role in my career. The first time I worked on a film with him was in 2004. That was a very stressful experience for me because I could never see his eyes behind his glasses. It was intimidating. I didn’t have any dialogue or any script. The film was made in Cantonese, a language I did not understand. I asked my agent to bring me saké to help me deal with my anxiety! I felt like a wild plant, forced to survive. And then one day Wong Kar-wai took off his glasses. I realised I didn’t need to be so tense!

“I would love to play in a film of social realism.”

On her international career:
I wanted to know what it was like to do a film in Hollywood. But since I know kung-fu, I was always offered the same kind of role. Gradually, I started turning down offers. Then the film Memoirs of a Geisha came along. I accepted because it is rare for a lead role in a Hollywood film to be given to an Asian actor. The most important thing for an actor is to be patient. It is important to choose the characters that you love. I would love to play in a film of social realism. 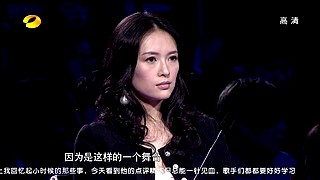 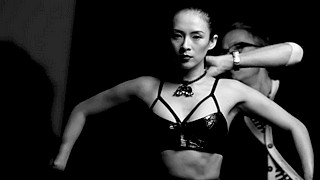