“I thought I’d died, but I woke up to see you. This time, I must find you before death seizes me,” she murmured, trembling slightly, while performing a scene from the movie.

Zhang, who is one of the top names among China’s celebrities, used the method to introduce her role in the movie.

In the film she plays Wang Minjia, a woman from the 1950s who leads a miserable life.

In the film the character suffers a number of misfortunes – from nearly being buried alive to having her face disfigured – which have a dramatic impact on her life.

Speaking about her role, Zhang says: “Without courage and endurance, an ordinary person would find it difficult to get through life.”

The film, which also features other A-listers, such as Chang Chen, Leehom Wang, Huang Xiaoming and Chen Chusheng, was written by director Li Fangfang.

The film was originally scheduled to be released as a tribute to Tsinghua University’s 100th anniversary in 2011, but could not be completed then.

When asked why it missed its original deadline, producers would say only that the long-awaited movie will open across the Chinese mainland on January 12.

The movie’s director, Li, a best-selling novelist, who graduated from New York University, is known for writing youth-themed tales, such as Don’t Cry at 17 and Heaven Eternal, Earth Everlasting.

While the former was made into a top-rated 10-episode television drama, starring Hao Lei and Li Chen in 1997, the latter was made into a film which was shortlisted for the 22nd Tokyo International Film Festival’s competition sector in 2009.

The latest film, which had a budget of 100 million yuan ($15.1 million), is Li’s second directorial feature. And, to prepare for the film, Li collected more than 110,000 photos over a 14-month period.

Also, the crew went to Southwest China’s Yunnan province to build a 10,000-square-meter film set to bring to life the National Southwest Associated University, the provisional, wartime college co-founded by Peking University, Tsinghua University and Nankai University from 1938 to 1946.

Meanwhile, Zhang, who is yet to watch the completed film, says she can’t wait for it.

“As parts of the movie were shot around five years ago. I believe the director will re-edit most of the scenes,” she says.

Later, in 2004, she received acclaim for the martial arts thriller House of Flying Daggers, followed by more praise for Hong Kong director Wong Kar-wai’s 2046, which won her the best actress honor at the Hong Kong Film Awards in 2005.

Her rise was meteoric. And, at her young age when most young Chinese actresses were still seeking major roles in domestic movies, Zhang was already working in Hollywood.

Her role of a poor girl-turned-celebrated geisha in Rob Marshall’s 2005 epic drama Memoirs of a Geisha made her the first Chinese to earn a best actress nomination at the Golden Globes.

After her initial success, Zhang turned to making Chinese-language movies like The Grandmaster in 2013 and Wasted Times in 2016. But in recent years she has returned to Hollywood again.

After her daughter, nicknamed Xingxing, was born at the end of 2015, she acted in the American sci-fi horror movie God Particle, which is set for release in February.

Besides, she worked on the creature feature Godzilla: King of the Monsters by Legendary and Warner Bros, which will be released in March, 2019.

Asked if these Western movies meant that she had returned to Hollywood, Zhang says: “It’s not about a return. I’ve never thought I belonged to Hollywood.

“To be honest, it’s easy for me to perform in a Hollywood commercial film. Except that I miss home and delicious Chinese food, such as hotpot.

“I was still breastfeeding my daughter when shooting God Particle. And as the workload was not heavy, I thought it might be a good idea to take the job.”

Speaking about current pop idols, most of who are frequently criticized for poor performance skills in films, Zhang says: “I don’t know their world. But I believe everyone should know clearly what he or she wants. If you choose to be a star, it’s OK to seek fans. But if you want to be a good actor or an artist, it is better to focus on acting.”

Zhang also says she successfully plays a role by having faith in the character, and she immerses herself in the world of the character after reading the first page of the script. 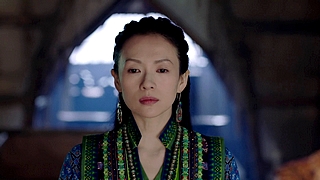 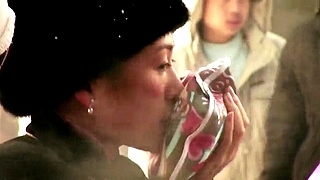