After nearly three years of waiting, “Jasmine Women” (Molihua kai), a Zhang Ziyi’s movie shot in 2003, is finally set for a public release.

According to a press conference held last Friday in Beijing, the film will begin screening on April 25 across China.

The movie, shot by cinematographer and second time director Hou Yong, was first shown at the Shanghai International Film Festival in 2004 where it won the Jury Prix Prize. Zhang later won Best Actress at the Golden Rooster awards, the top movie awards on the Chinese mainland.

Although it has been shown to acclaim at many film festivals around the world, its cinematic release in China has been repeatedly delayed.

When its shooting began in March 2003, the movie drew much attention from the public not only because Zhang would play three different roles the grandmother, the mother and the daughter, all in their youth, but also because the other names in the cast were equally impressive.

Jiang Wen, one of the leading Chinese actors, plays the male lead. Joan Chen (Chen Chong), one of the most famous Chinese actresses in the 1980s who later moved to Hollywood, plays multiple supporting roles and it was her first mainland production in years.

But now people are more interested in what has happened behind the scenes.

According to the Beijing-based Asian Union Film & Media, the movie’s production company, the postponement was mainly caused by disputes among investors.

“The funding of the movie came from a variety of sources Some of the investors were really green hands at movies. So there were many quarrels and fights on issues such as copyright and distribution rights,” the company’s boss, Dong Ping, said at the press conference.

The company finally paid a big sum of money to purchase the parts of copyright owned by other investors.

Dong declined to give details, but said for future productions he probably would not seek money from outside investors.

At first the movie was scheduled for release in Japan in late May, and the China release was scheduled in June. Worrying that the possible backflow of pirated DVDs would influence domestic box-office revenues, the company decided at the last moment to advance the date and to show the movie right before and during the May holiday.

Apparently this would aggravate the competition on the movie market during the period, which is already very fierce with a total of seven films released. But Dong said he was very confident of the market prospects of the movie.

As of last Friday, a total of 168 digital cinemas had agreed to show the movie. But it probably will not be shown in Shanghai, though the movie’s story takes place in the city and in many scenes the protagonists speak Shanghai dialect instead of Mandarin.

Cinema managers in Shanghai explained that this is because the schedule for May is already full, and there will be absolutely no extra time to show a new movie.

But Dong claimed the real reason was related with “The Music Box” (Li Fa Shi), a movie directed by late artist Chen Yifei.

Shanghai Film Group Corp had announced earlier that “The Music Box” would premiere on April 28 and there have been news circulating that the group does not want “Jasmine Women” joining the competition for audiences to ensure “The Music Box” will reap maximum revenues.

Negotiations with Shanghai cinemas are still under way, said Dong.

It would be a difficult task for any actor or actress to play three different roles in one movie. Zhang Ziyi admitted that it was very challenging for her too.

Many reporters who have watched the movie are deeply impressed by her gorgeous performance: in many ways her best yet.

The three roles she plays the grandmother, the mother and the daughter are supposed to share some common characters. But at the same time, each has unique features as their lives are rolled out in three different eras.

Zhang’s convincing performance successfully met this challenge. She has done so well that each role has something special to remember and it is very easy to differentiate them.

“I have made my best efforts to portray the figures. It was the best I could do at that time, at that age, during that period and with life experience then,” Zhang said at the press conference.

Zhang put great stock in the movie. In order to attend the press conference, she re-scheduled her trip to the United States.

Jiang Wen, Hou Yong, and Su Tong, the author of the novel on which the movie is based, did not show up last Friday but they would attend a series of promotion activities in the following two weeks.

While many people are excited at the movie’s theatrical release, perhaps Zhang is the most excited because the past three years have witnessed her fame and influence skyrocket both at home and internationally.

This year she has been invited to be a judge at the 59th Cannes Film Festival that will take place from May 17 to 28, as she confirmed at the press conference.

Three years ago, Zhang’s name was frequently put together with Xu Jinglei, Vicky Zhao Wei and Zhou Xun. The four were regarded as the most promising young Chinese actresses at that time. But today few people still do so because apparently the other three no longer stand at the same level.

“Jasmine Women” was made with an investment of 20 million yuan (US$2.47 million), but if the movie were shot today, the money would not even be enough to pay Zhang’s salary. Today her remuneration has reached US$5 million, an increase of 10 times compared to three years ago.

In China, only a few mega-budget productions could afford that remuneration and there will be no more than two such productions every year. The figure is enormous for most Chinese movies, some of which will probably be produced with 1 million yuan (US$124,000).

Does that mean the actress will appear less in Chinese movies?

Zhang’s answer is no.

“After ‘Memoirs of a Geisha,’ my agent hoped I would stay in the United States and there were many American movies waiting for me. Just at that time I got the offer from Feng Xiaogang’s ‘Banquet,’ and the screenplay was very attractive. I want to co-operate with Chinese actors and directors. I want to use my influence to do things beneficial to Chinese movies,” she said. 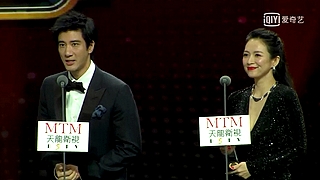 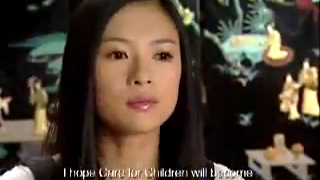