After dazzling audiences with her waifish beauty and graceful performances in a string of Chinese martial arts hits, Zhang Ziyi is coming of age as an actress on the brink of international stardom.

Zhang, 26, gives her most mature performance yet with a portrayal of a prostitute struggling with her feelings in Wong Kar Wai’s “2046,” which had its US opening the first weekend of August, and also stars in the Hollywood version of the best-selling book “Memoirs of a Geisha” due in December.

Already hailed by Time magazine as “China’s gift to Hollywood” and on People magazine’s “50 Most Beautiful People” list among other US pop accolades, the Beijing native has even Anglicised the order of her name, from the traditional Zhang Ziyi, ahead of the possible blockbuster impact of “Geisha.”

Zhang’s rise has coincided with a Western surge of interest in Asian films starting with her role in the big hit “Crouching Tiger, Hidden Dragon,” (2000) directed by Ang Lee, and moving through “Hero” and “House of Flying Daggers,” both shot by Zhang Yimou.

“I’ve been lucky to work with the great directors,” said Zhang, who was directed in “Geisha,” by Rob Marshall, who was nominated for the best-directing Oscar for “Chicago.”

“It’s fate, it’s timing, destiny. I believe in that. There’s really a lot of opportunity right now,” she said in a recent interview.

While “2046,” a dreamy, steamy reflection on lovers’ longings, promises and betrayals that merges past, present and future, will play in movie art houses, “Geisha,” with Stephen Spielberg as its executive producer, is intended for a mainstream, worldwide audience.

Zhang said both roles were challenging and had strikingly contrasting styles, both cinematically and in fashion.

She wears elaborate kimono and customs in “Geisha” and slinky cheomsongs, the high-collared form-fitting silk dress, and high heels for her “2046” scenes set in hedonistic Hong Kong of the 1960s.

As a Chinese actress cast to play a Japanese geisha with all the dialogue in English in a Hollywood production, the Beijing beauty had to endure what she laughingly called pre-production “boot camp” to prepare.

“For us, who can’t speak English and must speak with an English accent and a Japanese accent, that was really hard, so much pressure,” said Zhang, who studied English for the role and who used a translator sparingly during the interview.

“But this opportunity to work on this film that has a great cast, has a great script, a great director, I think anyone would take this seriously and do it well.

“We spent a lot of time learning. We called it boot camp. We got to learn how to walk, how to play the shamisen (musical instrument), how to dress, add to that the cast is entirely non-English speaking and you can imagine how hard it was,” she said of the adaptation of Arthur Golden’s novel.

“I will be proud of this movie. I know this will be very beautiful, very emotional, very touching.”

“2046,” a follow-up to Kar Wai’s acclaimed “In the Mood for Love” was also a stretch for Zhang, who plumbed her emotions for a performance The New York Times described as “shockingly intense.”

“I think this character for me so far was my most difficult role I ever played,” Zhang said about her role in “2046,” which won her best actress honours at the Hong Kong Film Awards.

Working with Kar Wai was a unique experience for Zhang.

“They didn’t have script. Every day I got two pages of handwriting. You don’t need to memorise lines. You just give your real feelings. I just enjoyed this lady, being her, showing her true feelings.

“As I understood her more, I gave more, building slowly. We shot a lot of different takes instead of rehearsing. It was a great training for me as a young actress.”

Michael Barker, co-president of Sony Pictures Classics, which is distributing “2046” and brought “Crouching Tiger, Hidden Dragon,” to the United States among other Asian hits, said the crossover of a talented international artist such as Zhang was nothing new for Hollywood.

“Zhang Ziyi going from ‘House of Daggers’ and ‘2046’ to ‘Memoirs of a Geisha,’ is no different than Catherine Deneuve going from her French hits to American success, or Sophia Loren going from Italian movies to big Hollywood star,” he said. “It’s happening with Asian actresses today.” 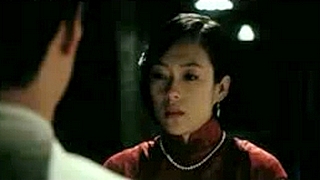 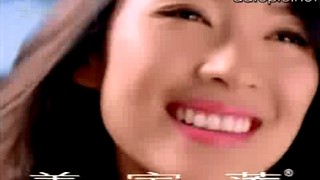