Zhang Ziyi may be the most recognizable Chinese face in Hollywood, yet she sees herself as “a well-treated guest” there.

She has never had to audition for a role, but “it is not a place where you can fly as high as you want.”

In a one-on-one interview with China Daily, the 30-year-old actress talked about her philosophy, or rather, the lack of one.

She denied that her latest foray into comedy, “Sophie’s Revenge”, was a career move in the footsteps of Julia Roberts.

“I’ve never seen ‘My Best Friend’s Wedding’,” she said, referring to the movie that some critics say was the inspiration for Zhang’s late-summer release in the Chinese market.

Furthermore, she did not intend to follow Roberts in her choice of roles.

“I have no role model in my career, or I did not set out to imitate anyone in choosing drama or comedy. We all grew up in different environments.

“I took the path that has led me here. I didn’t know which path was right for me. I just took it. I hope every move is a challenge. And that will be refreshing,” she said.

Zhang learned the most from Hong Kong auteur Wong Kar-Wai’s “2046”.

“Wong works without a script. Every day when they put makeup on me, a regular-size paper would arrive with that day’s portion of the script. It doesn’t matter what’s written on it.

“Wong would not give me much information about my character – where she came from, why she ended up in Hong Kong, etc. Everything was blank and I had to come up with my own feelings. The experience was as if my soul had flown out of my body.”

Instead of acting out Bai Ling, she lived the character, which could be at once “a terrific and terrible experience”. But “it depends on the genre,” she added. “With a comedic role that resembles myself, all I needed to do was just relax.”

For her new international release, a thriller called “Horsemen”, she plays an adopted daughter of an American father.

“During production, I would often have this nightmare about a serpent that sneaks up on me. One night I dreamed I fell into a pit and was entangled by a snake. It was like doomsday, which my character constantly talks about.”

For Zhang, the most “globalized” of Chinese stars, a new day has just begun and the world is her oyster. 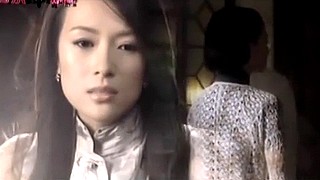 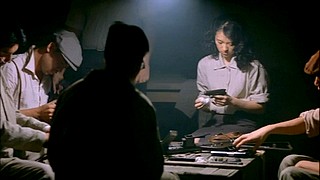