'I am who I am': Interview with Zhang Ziyi

Chinese film star Zhang Ziyi talks to Time Weekly about her new film as well as who she is and what she wants.

Zhang Ziyi plays two roles in real life: film maker and celebrity. In the former role she has just produced the romantic comedy Sophie’s Revenge which will premier in China on August 14. In the latter, she is the beautiful, successful star who has had a miraculously smooth rise to fame. But her own view of herself is very different. In an exclusive interview with Time Weekly, Zhang Ziyi said she is not as successful as people think, and complained of being a victim of the times.

“There are very few people who are willing to sit down and talk to you, and feel the pain and the tears you suffer in the depths of your heart,” she said. “I hope that my achievements in the arts and my contributions to charity and Chinese cinema will stay in the public’s mind after I am out of the spotlight.”

A bold attempt to do something new

You have just produced your first feature film. Was this the realization of a dream, or just a whim?

Zhang: It had long been a dream of mine to try it given the right opportunity, but I never expected to that I would be able to produce so early. As soon as I read the script of Sophie’s Revenge, I wanted to produce it. Over the past years I have had the good luck to work with great directors, like Zhang Yimou, Ang Lee and Chen Kaige. Now as the producer of Sophie’s Revenge, I am taking the bold step of working with Jin Yimeng, the director and scriptwriter, who is a great new talent.

With a novice producer and a relatively unknown director, why are you so confident of success?

Zhang: Frankly I don’t know. Maybe it is Yimeng’s unbelievable enthusiasm for this film that inspires me. Additionally, I have chosen a strong team, professional and excellent actors, film editors and musicians, which to some degree reduces the pressure on the director. One of my American friends, the producer of Beautiful Mind and Changeling encouraged me by saying that no matter whether the work is done well or not, if you stand up and try your best, it is a great success in itself. And in fact things turned out as he said they would. People who have seen the film like it, and I also think it is a great effort.

Your experiences in Hollywood have given you insights unavailable to other domestic producers; is your outlook more international?

Zhang: In my opinion, the biggest difference between Hollywood producers and Chinese mainland producers lies in experience. A good producer needs to have a good record. In other words, the films a good producer makes must be profitable. Just having a lot of money does not make you a good producer. You have to research and know the market well.

Was it easy to find investors for your film Sophie’s Revenge?

Zhang: Actually we did encounter setbacks. At the outset one company wanted to invest in my film, but it interfered so much that finally I gave up its money. For me, businessmen should be in charge of money and art should be left to artists. I don’t let investors control my art and I will not abandon my artistic vision in order to get money. Of course, as producer, I made this film as an artwork, while respecting logical business principles.

“I lost too much”

When you look back on your past, do you have to suppress your anger about certain things?

Zhang: I am thirty years old. Over the past ten years, I have had many good and bad experiences. I have become more mature and try to avoid confrontation. I try to deal with everything around me seriously and sincerely.

A journalist once said to me “After talking with you, I get the feeling you are not so difficult to get along with. Why do the media say you are hard to communicate with? ” I replied, “I can’t explain it. Because so few people talk face to face with me, like you, in other people’s eyes, I seem far from their daily lives. They see me at film festivals and the Oscars, wearing beautiful dresses and expensive jewelry and so on. In fact my life is not like that. But they have no direct contact with me. The images they have of me come from TV and the media. There is nothing I can do about it.”

Doesn’t your media image to some extent reflect your personality?

Zhang: From the very beginning to the present day I have not changed. I am a consistent person. But the reports of the Hong Kong media had a bad effect on me. They “demonized” me in gossip magazines. It was unfair. But I think that after ten years the media and the audience should know what kind of person I am. Whatever, now I don’t care that much what they report about me anymore.

Do you think the bad image is the result of some people’s belief that your career has been too smooth, too good to be true? Normally it takes years to achieve what you have.

Zhang: Maybe nobody can truly feel and understand the pain and tears I have suffered in my career, although I don’t like to mention them, because I truly believe that all successful people experience suffering and setbacks. It is impossible to make everybody understand you. I must say that now I feel more comfortable and I think the hardest days are over, and people seem to be more considerate towards me.

Has Zhang Ziyi got everything she wants?

Zhang: No, absolutely not. As a woman what I really want is marriage and a family. Maybe now I am focused on my work and career, but I think getting married is something I will do sooner or later. In my opinion, my sister-in-law is very successful, even though she doesn’t have a so-called career, because she has a very happy family, two cute children, and the love of her whole family.

You have given lots of interviews in the past. Is there any question you want to answer but have never been asked?

Zhang: We have lived through a time in which China has experienced fast and unbelievable development. That is good, but more or less I became a victim of the times. For example, I am always asked questions along the lines of “If so and so happened, what would you do?” What I want to say is that there were no ifs and I do not make any assumptions. In my opinion, people should face the facts and act earnestly and sincerely. Maybe one day charity will become the major part of my career and I will give back to society what the public has given to me.

What do you want to stick in people’s minds when your career on the big screen is over?

Zhang: Firstly I hope everybody will recognize my artistic achievements. Secondly I hope I could have made a greater than average contribution to Chinese cinema. At lastly, as a public figure, I hope people will recognize the efforts I have made in charitable work.

Would you deliberately change yourself to create this kind of image?

Zhang: No, I never do such things. Just as I said just now, whether I’m facing the media or the audience, I am who I am. I will not deliberately change anything. I don’t like to release statements everyday, especially when rumors or defamations appear about me. It is too boring. 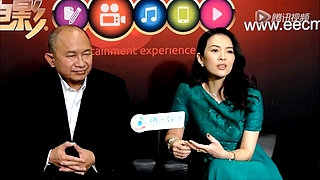 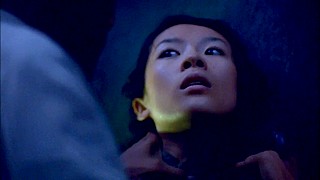