Chinese actress Zhang Ziyi has shot only 24 movies from her 1999 debut in My Father and Mother to her latest movie, The Crossing, in 2014. The volume of her work is comparatively low in an entertainment industry that seems to worship “speed and productivity” above all else.

“I have never made ‘quantity’ a goal for myself. Any actor or actress should learn to deal with dry spells, for it is even less gratifying to take on a bad script,” said Zhang while promoting her latest movie, The Crossing, whose first installment is scheduled to premier nationwide on December 2.

The 3D production by Hong Kong director John Woo is an epic romantic drama film set in early 1949 and boasting a pan-Asian cast of 24 top stars, including Zhang.

In the movie, Zhang plays a woman who is forced into prostitution and who boards the Taiping — a hulking passenger steamer reminiscent of the Titanic — which, much like its 1912 British predecessor, has its voyage cut short by tragic disaster.

While the film was being shot, Zhang was presented with 12 different Best Actress awards for her last movie: The Grandmaster, a 2013 martial arts drama by Hong Kong director Wong Kar-wai.

When asked whether she was stressed at the idea that her new role might not be able to top her performance in The Grandmaster, Zhang said that awards usually come in the right place, at the right time, and with the support of people.

“I don’t think the words of my critics will affect my ability to sleep at night. All I try to do is to play each character to the very best of my ability; and the other things, such as awards, are simply icing on the cake,” said Zhang.

Zhang has not appeared in a Hollywood movie since Horsemen, a 2009 American psychological thriller directed by Jonas Akerlund.

“Nowadays, it’s easy to get a role in a Hollywood movie. Because China has such a large market, filmmakers from other countries hope to attract the Chinese audience with Chinese faces; but they don’t offer us good character roles to play,” explained Zhang. “I think we Chinese artists have the ability to play more important, primary roles rather than the insignificant ones they offer. Because of this, I haven’t gone back to do any Hollywood movies in recent years.”

With regard to the much-anticipated wedding day between her with her fiancé Wang — a Chinese rock musician and composer — Zhang said, “We are so happy together.” 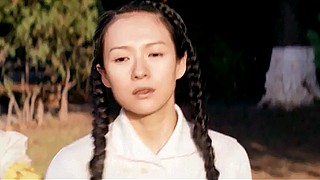 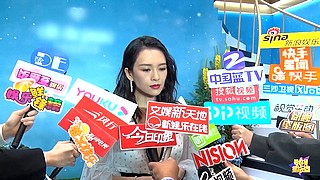