Zhang Ziyi: I Enjoy the Shooting of Purple Butterfly

At yesterday’s Beijing premiere, the director and stars of the Purple Butterfly met the news media.

The lead actress Zhang Ziyi said she felt lucky to work with such a good cast.

“As an actor, I very much enjoyed working with the rest of the cast during the shooting period. It’s been very helpful for my acting career.”

Although the film has encountered some tepid reviews, the director, Lou Ye, one of the leading figures of China’s sixth generation of directors, says he’s not worried by the negative remarks.

“I think film directors shouldn’t give too many comments on their own movies. Film is an art form for watching rather than speaking.”

The film is set in 1930’s Shanghai at the dawn of the Japanese invasion. A Chinese girl played by Zhang Ziyi becomes a member of Purple Butterfly, a secret organization aiming at eliminating Japanese influence in China, after witnessing her older brother being murdered by the Japanese. Her ex-lover, a Japanese secret policeman, goes to Shanghai to track down the purple butterfly.

The film is full of conspiracy, hatred and love, with fleeting movements and spare dialogue. The director says the movie represents his latest attempt on a new form of shooting and he will stick to his style. 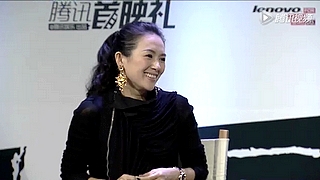