China- Chinese actress Zhang Ziyi may be famed for her straight-faced, swashbuckling movie characters, but she’s game to lighten things up for future projects.

“Directors don’t really approach me to act in comedies… People get their impression of me from my serious roles in movies such as (this year’s martial-arts film) The Grandmaster. I’m tired of such roles,” said the 34-year-old actress, who also showed off her gongfu chops in action flicks like Crouching Tiger, Hidden Dragon (2000) and House Of Flying Daggers (2004).

The leading lady got her wish by starring in the romantic comedy My Lucky Star, where she plays a bumbling girl-next-door, Sophie, who encounters a handsome spy (played by Taiwan-based American actor-singer Wang Leehom) who is on a mission to recover a precious diamond.

Looking resplendent in a long flowing gown, the elegant Zhang was in town with Wang to promote the film at a press conference held at Marina Bay Sands on Friday.

The articulate Zhang, who was in high spirits, said: “Sophie’s character is similar to my own personality. Sophie boasts the traits of many girls – she’s a little rebellious, a little absent-minded, and will sometimes whine and act girly to get her way.”

Donning a dapper black suit, the 37-year-old Wang said: “I spoke to our director (American filmmaker Dennie Gordon), and we said that Ziyi is like an Asian Meryl Streep. She can carry off a wide spectrum of roles, from serious to fun.”

In response, Zhang laughed and exclaimed: “Leehom praised me!”

The actress, who is also the producer of My Lucky Star, had earlier said that singer-composer Wang was the only person she had in mind for the male lead.

Throughout the press session held at the ArtScience Museum, the charming Zhang took every opportunity to shower praises on her co-star’s “hunky body” and “multiple talents”.

“Tourists will want to soak in the infinity pool at Marina Bay Sands SkyPark, because Leehom has dipped in the same pool,” the cheeky actress said in jest, referring to a scene in the movie where Wang emerges topless from the pool.

Some scenes in My Lucky Star were filmed at the integrated resort last year.

Zhang even revealed how they spent their free time here: “Leehom became Tour Guide Wang. He arranged for a bus to take us to try out the indoor skydiving simulator iFly at Sentosa. We had a blast.”

While her movie character has no qualms chasing after her Prince Charming, the actress said that she is more reserved when it comes to love.

“Through the movie, I hope to send the message that girls need not stick to the conventional notions of romance and should actively go after who they love.”

When Wang was asked if he’s always the one being pursued by others, he said: “I used to be passive (when it comes to love).

“Now, I’m different, because I realised that being passive means your success rates are lower.”

To which Zhang candidly quipped: “That’s why I’m not married.” 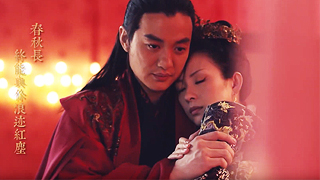 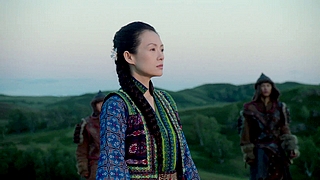