Ziyi Zhang is one of the highest paid actresses in Chinese history, a one-in-a-billion brand. Now she’s looking to use that success to drive the already remarkable growth of the national film industry.

Ziyi Zhang has become a force multiplier for Chinese creativity. A superstar on both sides of the Pacific, Zhang is one of the highest-paid actresses in Chinese history, a one-in-a-billion brand. Now she’s looking to use that success to drive the already remarkable growth of the national film industry. “There is a gate that has gradually been opened for creative people like actors and directors in China,” she says, “and now we have the chance to show other countries what we can do. We’re just a baby, but because of the Internet, TV, and cable, we are slowly learning. Even since a year ago, you see a difference.”

Zhang has always been a statistical anomaly. Born into a humble Beijing household in 1979, she was encouraged by her parents to audition for an elite dance academy at age 11. “They picked only 16 people in the whole country–and you know how many people we have,” she laughs. “It really meant something.” When she was 18, it happened again. At an audition for a shampoo commercial, director Zhang Yimou plucked her from a lineup of 40,000 actresses and cast her in The Road Home (1999), which went on to win a Silver Bear at the 2000 Berlin Film Festival. By the time she was 25, the actress had worked with three of the most accomplished contemporary Chinese directors–Zhang (adding Hero and House of Flying Daggers to their list of collaborations), Ang Lee (in Crouching Tiger, Hidden Dragon), and Wong Kar-wai (2046). Her role in Rob Marshall’s Memoirs of a Geisha (2005) earned her a Golden Globe nomination and sealed her global reputation (the part required that she not just learn English but speak it with a Japanese accent). She just wrapped production on The Horsemen (with yet another brand-name director, Jonas Åkerlund) and signed on with director Ridley Scott to star in–and produce–Empress, adapted from the novel by Shan Sa. Zhang consistently ranks at the top of Forbes China‘s annual China’s Top Celebrities list; in the 2007 survey, she was 18th in income and fourth in “social influence,” giving her the top ranking for a woman.

“She’s treated [her work] like a business, and that has made her an international star,” says Nicole David, senior vice president of the William Morris Agency and Zhang’s agent for almost five years. Zhang’s team at William Morris now includes three agents, one for commercial endorsements (Maybelline Cosmetics Worldwide and Garnier Skin Care), another for television, and one to search for novels ripe for adaptation. But Zhang isn’t using that multimedia platform just to crank up her own career. She also sees her success as a lever: She now evaluates all projects at least partly by whether they can help cultivate and bring more exposure to young Chinese artists. “We have all these talented people,” she says, “so when a movie crew comes to China, we have a chance to show the world.” She’ll have that chance again soon enough, having recently closed a deal with the Weinstein Co. to star in three pictures–all to be filmed in Asia. “If you have this power, you have to do something for your country. With this young generation, there are people who are so remarkable. I do think that if they had more money, and more chances, we’d see more talent.” Then, quick to spell out the upside for American producers, she adds: “And you can make movies a lot cheaper over there.” 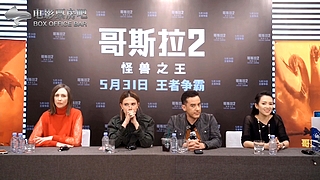 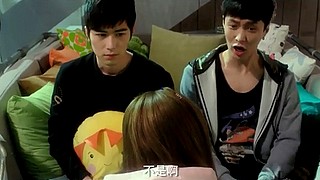