There is no doubt about it, actress Ziyi Zhang was born at the right time in the right place. The fascination with all things East is reaching fever pitch; add the 29th Olympic Games in Beijing to the mix and it’s no winder Ziyi is seen as a golden girl, both at home and abroad.

But there is more than talent and beauty to the beijing-born beauty, who won the hearts of cinema-goers worldwide in Crouching Tiger, Hidden Dragon and Memoirs of a Geisha. She’s a global ambassador for the Special Olympics, which held its World Summer Games in Shanghai last year. In addition, she works with the luxury hotel company Shangri-La Hotels and Resorts on social programs, such as Care for Children, a foster care initiative in China, and conservation projects, including an orangutan reserve in Malaysian Borneo and green turtle preservation in Oman.

“If I can put my name to good use, then I am serving something great than myself,” the 29-year-old actress explains. “I could never have dreamed up this life I have now and I am thankful for that. There is nothing more satisfying than giving something back. As I travel all over the world, I’m noticing that people everywhere are starting to face up to the problems we have created on the planet.”

Now filming Lost for Words in London with Hugh Grant, Ziyi has a base in the U.S., but is still a Beijing girl at heart. “It’s an exciting time to be Chinese,” she says.
“My friends and I looked forward to the Olympics Games in our hometown! We wanted to show the world our very special brand of hospitality and we wanted to show off this wonderful place we call home.” 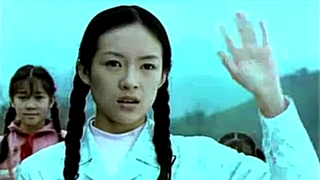 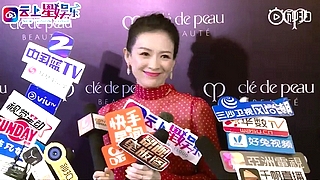