Reporter: First time in a Hollywood Movie, how do you feel?

Zhang Ziyi: The production in Hollywood is very restrict, regulated and has a comprehensive operating system. Hollywood filmmakers work very hard and have professional knowledge and rich experience.

Reporter: Will you be in Zhang Yimou’s wuxia (Kung Fu) movie?

Zhang Ziyi: Approximately in July. The leading man has been chosen. It’s Jet Li. I really want to work with director Zhang again.

Zhang Ziyi: Maybe in September. I will have lots of scenes with Chang Chen from Crouching Tiger, Hidden Dragon.

Reporter: You have played several action movies. Will you ever consider to have a change?

Zhang Ziyi: I plan to make more dramatic and artistic films in the future. Wong Kar-Wai is the director I really want to work with. This time my wish comes true.

The wuxia film being referred is called Hero (previously translated as The Qin Assasination). It has more than $12 million US budget and more than 2,000 extras will be involved. Shooting location will include Xi’an, the old capital during the Qin dynasty, Xinjiang, Tibet and Southern China. Shooting will start in June.

Leung Chiu-Wai has officially confirmed his involvement in the project. Leung said what he is really afraid of is not playing sword but speaking Chinese in Mandarin. 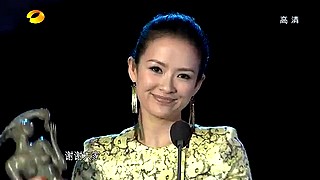 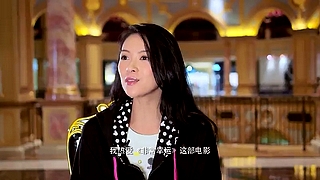