Talking to the star of House of Flying Daggers.

For most actresses, success typically equals being typecast in the same romantic roles over and over again to a revolving door of suitable suitors, or perhaps at best earning a reputation for chameleonic transformations that keeps them from working too frequently in frivolous Hollywood froth. But Zhang Ziyi has yet to fall into any of the trappings of silver screen success; from her auspicious debut in Zhang Yimou’s The Road Home to her turn in this winter’s The House of Flying Daggers, the formidable female has encountered a wide range of characters, and proven that she can bring her singular talent and beauty to each of them. In this recent interview with IGN FilmForce, Ziyi explains (via a translator) that whether or not her roles require martial arts, just keeping afloat in the moviemaking industry is a fight unto itself.

“Personally, every role I take, I really put everything I have into it,” says Ziyi, who appears to be significantly less tough in person than she does in her memorable physical roles. Ironically, her high profile of late seems to contradict the relative paucity of parts she chooses to play. “I’m not as prolific as some other Chinese actors,” she says. “I wait a lot longer for a role and go through a huge amount of screenplays to really find the right role. But once I find one and take a role, I put everything into it a hundred percent because that’s all I have.

“When I’m on that role, that’s really all that exists. The whole world is that part, is that role, when I’m doing it.”

In Flying Daggers, the actress plays a blind girl and expert martial artist who might be part of an underground criminal network. Ziyi says she researched her role with typical zeal. “I lived with a real blind girl who was 14 years old,” she says. “We lived together and I would watch her every day. I took her to the garden and to the market just to see different reactions.” Ziyi says that she and her companion ultimately learned from one another during the experience. “I taught her some simple movements,” Ziyi recalls. “I taught her some martial arts that use bamboo, because I think the reaction is different. I found a really good way to compare when it’s correct and when it’s wrong; I told the [assistant director] to film at the same time so I could see if some parts are wrong or not fake.”

At the same time, Ziyi remembers, her muse proved a little skittish when it came to attempting some of the more farfetched feats her character accomplishes in the film. “She can’t run, the blind girl,” Ziyi says. “I took her to a very, very big empty space and she was so scared, she wouldn’t run. I told her, ‘Come on, please!’ but she was so scared.”

It was the character’s disability, she says, that initially appealed to her during the development stages of the project. “One of the great challenges was the fact that I was playing a blind girl,” she says. “This is a [difficult] role because not only am I blind but I have to fight blind. I had to learn how to live, how to fight, how to dance and then to do all of this as a blind girl. That proved to be a huge challenge, but I also looked at it as an opportunity.”

She says that Mei’s physical attributes notwithstanding, the complexity of the character provides unique chances for her to more fully explore emotional elements touched upon in her earlier roles. “It’s also a very conflicted character with a lot of contradictory feelings, [whether she is] in love, she’s not in love, and fighting these two angles,” she says. “Hero was kind of a learning experience for me because I had a small role. I looked at it as a chance to learn from those other big actors – Tony Leung, Maggie Cheung, Jet Li. If you ask what specifically what I learned from them, it’s kind of hard for me to articulate, but I can see it and when I watch it I can feel what I learned from being in the company of such outstanding actors.”

Ziyi says that part of her confidence in being able to play this role came from the certainty of director Zhang Yimou’s vision, which she says was unwavering. “Zhang Yimou really has a very fully-realized vision of what he wants,” she says. “When he gives me the screenplay, he already knows at that moment how the whole film is going to look– the editing, how it’s going to be, the music – it’s all pre-made in his mind and he just has to let it happen and bring it about. So he’s very clear about what he wants and how to make it happen.”

Ziyi’s next role is in Rob Marshall’s adaptation of Arthur Golden’s novel Memoirs of a Geisha, and it promises to catapult her even more squarely into the center of the international moviemaking community. She says that the opportunity alone was an enormous, and enormously exciting, surprise. “None of us really imagined that Memoirs of a Geisha would have three Chinese actresses playing the lead roles,” she confesses, referring to herself, Gong Li and Michelle Yeoh. “This took all of us really by surprise, but we also really treasure this opportunity ’cause it’s really rare in Hollywood to have such a huge budget, major production of a drama. It’s not an action film, but a drama that’s focusing on Asian characters. We really think that this is a wonderful opportunity so we’re really taking this very seriously.”

Despite the abundance of movie work Ziyi’s been offered of late, she says that most Asian actresses rarely have the chance to work so frequently in so many different creative arenas. “In Hollywood, actors, directors, the whole industry, everybody always has a lot of opportunities. Every year there are dozens of huge-budget, high-quality Hollywood films being produced, and I think one of the biggest problems facing us in China is that everything’s smaller,” she explains. “If you look at huge budget, really big movies, there’s Hero and there’s House of Flying Daggers and there’s not much else in between.

“You have to wait a long time to get really good quality scripts because there just aren’t a lot of people out there in the industry making it as large and powerful as it is in Hollywood,” she continues, explaining that content restrictions keep Asian filmmakers from fully exploring the same range of subjects as Hollywood directors and producers. “In Hollywood you can make any film you want about any subject matter. You can have very sensitive political content, you can have sex, you can have homosexuality reflected in films and nobody cares, no one’s going to stop you. You have unlimited possibilities in the creative realm. However, in China there’s all kind of limitations, so the room for creativity is reduced to a much smaller circle and the opportunities are really hindered there.”

As her profile increases, Ziyi says that she doesn’t have a master plan for the future; rather, she’s just too happy to be working to predict what’s next. “I never even dreamed that one day I’d end up here in America making a film, let alone making a film in English,” she says. “That’s something that was completely out of my dreams and it’s the kind of thing you can’t plan for. You can’t hope something like this is going to happen, but one day when it does happen you just have to kind of do your best to control your role and sculpt them into the strongest voice that they can be. It’s something that I really never anticipated, but now that I’m here I’m just really doing my best,” she says. “What’s most important is finding good strong roles that I can really devote myself to and pour all of my creative energy into.

“The main point for me is to make good quality films that resonate with audiences and touch people and kind of win them over. That’s really all about the films and not about whether you’re in Hollywood or not.” 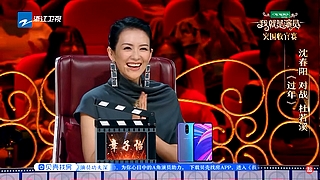 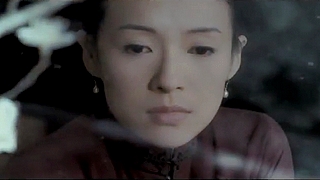