The actress learned English from Eminem CDs and conquered Hollywood. But she’s not only an action star

As English tutors go, Eminem is not the obvious choice. But that’s how the Chinese actress Zhang Ziyi, star of Hero and House of Flying Daggers, learnt the language. Of course, she picked up more than her fair share of profanities listening to the Detroit rapper’s CDs. “It’s normal,” she giggles. “The first thing you want to learn is bad words!”

If you’ve ever seen the 29-year-old on screen, it might be hard to imagine this fragile, demure and childlike creature saying boo to the proverbial goose, let alone singing along to Slim Shady.

Then again, if you’re going to conquer Hollywood, you need to learn the ropes any way you can. Zhang was just 21 when she made her first American film, in 2001’s Rush Hour 2. She spoke so little English that her co-star Jackie Chan had to translate for her, and when she did learn to read it, she was less than impressed with the scripts that Hollywood sent her. “They always give Asian girls roles such as ‘a poor girl from China who sails to America’. I can’t learn anything from that.”

Nevertheless, she’d made her mark. Her 1999 debut in Zhang Yimou’s rural saga The Road Home led to her breakthrough role in Ang Lee’s Crouching Tiger, Hidden Dragon; Rush Hour 2 was only her third feature film.

Compare this to Gong Li, muse to the “Fifth Generation” of Chinese film-makers. It took 10 years and 20 films before Gong made her first English-language one – Wayne Wang’s Chinese Box (1997). Since then, she’s gambled on unsuccessful films like Miami Vice and Hannibal Rising. Zhang has been dubbed “the new Gong Li” – but she’s having none of it. “Nobody can replace Gong Li, because she is the leading actress in China,” she says. “I don’t feel I could take her place.”

Then again, you couldn’t help but feel that in 2006’s Memoirs of a Geisha, in which Zhang and Gong played rivals, the baton was being passed over.

The film provoked a scandal in Japan because of director Rob Marshall’s decision to cast Chinese women in Japanese roles, but Zhang, who was nominated for a Golden Globe for the role, saw it as an ideal shop window for her talents. “Geisha gave us a huge opportunity to show the whole world that we’re from Asia and we not only know how to do action – that we can actually act.”

Zhang has become an ambassador for Chinese culture, and she is already the face of many products in Asia, including the cosmetics giant Maybelline.

But she is not so foolish as to close the door on the Asian market. Her new film, The Banquet, sees her team up with China’s most commercial director, Feng Xiaogang. Set 1,000 years ago, this martial-arts epic, loosely based on Hamlet, marks a radical departure for a film-maker known for comedy. Zhang plays the widowed Empress Wan, who lusts after her stepbrother (Daniel Wu) while trying to deter her brother-in-law (Ge You), who murdered his brother – and her husband – and crowned himself emperor.

With yet another period film, it might seem as if Zhang is treading water, but The Banquet shows her moving towards those regal roles that Gong made her own. Zhang claims that playing the character – the Gertrude of the piece – meant she had to traverse a “big distance”. “She was so different to me. That was something that really attracted me to play this role. The age difference and experience… her life is so complicated. There was room for me to act and to play with the character. As an actor, you feel fortunate to get a role like this one.”

Released in the year of both the Beijing Olympics and a celebration of Chinese culture in Britain entitled China Now, Zhang believes the film will further help introduce Western audiences to her nation’s film-making. “I think people are curious about Chinese film and the culture. You have to thank Ang Lee, Zhang Yimou… because of their movies, people want to see more and have the desire for Chinese movies. Now, our problem is you have to have the good films to show people. Keep making good movies, that’s the only way to keep the door open.”

Born and raised in Beijing, Zhang’s childhood was geared towards a life in the arts. Persuaded by her mother and father, she joined the Beijing Dance Academy when she was 11, though she found the competitiveness difficult. Dubbed “Happy Girl” by her parents, she was anything but, and used to regularly cry herself to sleep, even running away from the school once. At 15 she entered the Central Academy of Drama, China’s top acting college, and she realised she had found her métier. Four years later, she was picked for The Road Home, a love story about a peasant girl in love with a teacher, which took the Silver Bear at the Berlin Film Festival.

Instantly, directors showered her with attention. She found dealing with the Hong Kong paparazzi particularly difficult. “They go everywhere,” she squeals. “I hate them. They follow you and take pictures, then say things like, ‘Oh, she didn’t carry her bag.’ It might just be that for two seconds, I just tie my shoe and my assistant holds my bag.” Her family – she has an elder brother – has also experienced what it’s like to have a star in their midst. “My father is very happy when he goes to his office, because many people want my photo from him,” she smiles. “They are friendly with him.”

After wowing audiences as a headstrong politician’s daughter in Crouching Tiger, Hidden Dragon, she reunited with Zhang Yimou for Hero and then House of Flying Daggers, in which she played a dancer suspected of having ties to the eponymous revolutionary faction. If the latter is arguably her finest role to date – blending dance and martial arts with an uncommon grace – Zhang is evidently keen to step away from the type of film that made her famous. “I do think I can act,” she sniffs. “I have the skill to do original roles. I don’t just want to kick ass on the screen. I’m looking for something interesting and difficult.”

Admittedly, it probably didn’t help her cause that she filmed a Visa commercial, in which she took down a room full of waiters and a head chef, who becomes furious after she complains that there’s too much salt in her soup. But, to be fair, Zhang has tried to stretch herself. She played an alluring showgirl for Wong Kar-Wai in 2046, a member of a resistance group in 1930s Shanghai in Purple Butterfly, and the tap-dancing lead in the surreal fairy-tale musical Princess Raccoon. She’s next set to play a supporting role in Mei Lanfang, a biopic about the eponymous Peking opera legend directed by yet another giant of Chinese cinema, Farewell My Concubine’s director Chen Kaige.

With Zhang cast as Meng Xiaodong, a female friend and rumoured lover of Mei Lanfang, further controversy no doubt awaits. What’s more, she’s aware that, after working with every major Asian director, she has become a target of jealousy back home. “Every actress in China must be envious,” she shrugs. Indeed, it would be no surprise if she left Beijing and made a move to the US permanent – particularly if she plays her Hollywood hand right.

She currently has The Horsemen in the can, a psychological thriller from Jonas Åckerlund, who previously directed the drug-fuelled odyssey Spun. It boasts a Se7en-like plot, which sees Dennis Quaid playing a detective investigating a series of killings inspired by the biblical prophecy of the Four Horsemen of the Apocalypse. Zhang stars as a “very complicated teenage girl” who forms a gang with a quartet of boys to avenge those victimised by injustice. “This killer that I play likes to torture her victims psychologically before the kill,” she says, with a hint of glee in her voice.

Having taken voice and dialect lessons at the prestigious Juilliard School in New York for the role – a far cry from listening to Eminem – Zhang was also inspired by Anthony Hopkins’ “brilliant” work as the serial killer Hannibal Lecter.

“You can see how he uses words very carefully. None is wasted. I watched him in that performance countless times.” Destined to bring her further into the Hollywood fold, it could well be the film that sees her eclipse Gong for good. 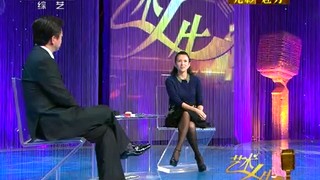 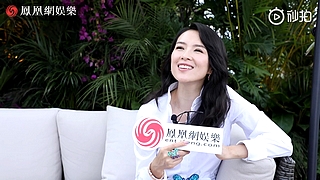