The Fire in Zhang Ziyi

Fresh-faced beauty Zhang Ziyi is one of China’s best-kept secrets. Her naive but steely presence creates an unusual blend of character just like her role as Jen in the movie, Crouching Tiger, Hidden Dragon. But it is her youthful good looks and feisty demeanour that fires the imagination of the masses.
In the academy award-winning film, Zhang held onto the Green Destiny sword, not realising its full potential, and as a result brought sword-fighting chaos and mayhem along her path.

Back in the real world, her newfound fame has created quite a stir. Her Hollywood presence propelled her to stardom alongside more experienced Asian actors like Chow Yun-Fat, Michelle Yeoh and Jackie Chan. Unfortunately, the rising star of Asia has also attracted some controversy from the Hong Kong Press for her seeming arrogance, and alleged romantic affair with Chan.

But Zhang does not seem to crack under pressure. Embracing TAG Heuer’s philosophy, she was confident about giving herself some time to learn the ropes, a step at a time.

Launching a TAG Heuer watch collection in Singapore recently, Zhang attracted attention wherever she went. From newspapers to television interviews and public appearances, she was the centre of attraction. After all, it was only her second visit to the island republic. Her success has taken her many miles from home and her folk-dancing background, where she obtained a bachelor’s degree in performing arts from the China Central Drama Academy.

An advertising visual in blue, silver, and black shows a provocative picture of Zhang as elegant and strong, portraying the two dimensions of a woman – beauty and strength.

During the Press conference, Zhang, dressed in a fire-engine red Moschino top, black jeans, and a diamond-studded TAG Heuer, seemed casual and was busy smiling and posing for the cameras while answering questions. Her answers were direct and sensible, testimony to her finesse in tackling the Press. Zhang’s emerging presence as the rising star of the East seems to coincide with the launch of TAG Heuer’s Alter-Ego line of watches.

“These women are dynamic, talented, confident and demonstrate mental strength. They are accomplished in different fields and reign in different countries.

“However they are bound by the qualities that reflect the TAG Heuer spirit which is young and successful.”

The three internationally-renowned women are also recognised for their beauty and strength – qualities of the global Alter Ego advertising campaign.

It is no coincidence that Zhang was chosen as TAG Heuer’s new Asian ambassador. She believes many women can identify with the concept of an alter ego as embodied in the TAG Heuer campaign. A gala dinner on the theme “TAG Heuer Alter Ego essence” to celebrate Zhang being named the brand’s new ambassador was held at the Singapore Ritz Carlton last Thursday. It was attended by some 250 guests from Singapore, Malaysia, Thailand, Indonesia, Taiwan and Australia. Also present was Singapore’s TAG Heuer ambassador Li Lin, a Mediacorp Studios actress.

Although nicknamed “Little Gong Li”, Zhang felt unworthy of the comparison as she claimed Gong Li is a beautiful and elegant actress who is far more talented than she is. Zhang said she has a long way to go to be on par with Gong Li.

“I am still new in the industry. I see myself as a two-movie actress. In Crouching Tiger I had many action scenes. Before I realised it, it was all over,” she said.

Asked whether her movies reflect her character, Zhang said: “It is hard to lose one’s own characteristics even though you play a different person, and it is common for some of your own traits and facial expressions to shine through.”

Zhang, who recently took up English classes, said she is not learning English for the movies but for herself.

“During classes I get more time to myself which I enjoy very much. I think it is important to communicate with others in the global village. For example, if I have a good command of English I won’t need a translator. I think it is a necessary skill for everyone. She has some interesting stories to tell about her English classes. “On the first day, nobody knew who I was. But gradually some people began to ask me: ‘Are you the girl from Crouching Tiger and Hidden Dragon?’, which I denied.

“Then one day my lecturer asked if anybody has seen the movie and pointed at me, saying I am the girl from the movie in front of the whole class. Naturally I was quite embarrassed, but it was a good thing that the students are very understanding.”

Zhang said even before she was appointed as the new ambassador, she knew that TAG Heuer was a brand with style and taste, and also a professional sport watch.

“It is classic, elegant, aggressive and bold, qualities which I hope to represent as the new Asian ambassador for TAG Heuer.” Asked whether TAG Heuer would have appointed Zhang as its new ambassador if Crouching Tiger had not won an Oscar, Babin said the company had been eyeing Zhang for a long time even before the Oscar win. Zhang attributed her success to China’s Central Drama College where she was trained to be an actress and had the opportunity to work with two great directors – Zhang Yimou and Ang Lee.

She is glad that Crouching Tiger not only reaches out to the Chinese community, but has universal appeal.

On her alleged relationship with Chan during the filming of Rush Hour 2, Zhang said nothing happened and Chan was only helping her get adjusted to the foreign environment.

“While filming Rush Hour 2, I was quite lost as I could not speak English and could not understand what was happening around me, but Jackie was kind to help make me feel at home.

“Sometimes, we would have meals together, or he would invite me to his trailer to meet his wife and son.
“I truly respect Jackie as an actor and as an elder brother and I cherish what he has done for me.”

However, Zhang has wisened up to the danger of associating with big stars, even though they are just friends as it would attract rumours. Zhang said she has not set any goal to be more popular or famous. “My next role in a film will always be my goal, where I will strive to do my best.” she said.

Beauty and strength her forte
BORN in Beijing in 1979, Zhang Ziyi was a student at the prestigious China Central Drama Academy. She comes from a working-class family in Beijing and passed the entrance examination of the secondary school affiliated with the Beijing Dance College at the age of 11.

Her beauty and strength of character earned her a role at the age of 19 in Zhang Yimou’s film entitled The Road Home. Set amidst the Chinese Cultural Revolution of the 1950s, the film was a beautifully crafted, intimate account of a young girl’s first love. Following her debut in The Road Home, Zhang delivered a critically- acclaimed performance in Ang Lee’s Crouching Tiger, Hidden Dragon – an epic tale of true love, adventure and intrigue which stars Chow Yun-Fat and Michelle Yeoh.

The film won the Academy Award for Best Foreign film. Zhang herself received 14 nominations and went on to win the 2001 Independent Award and the 2000 Toronto Film Critics Association Award. Since then the young actress has been starring in one film after another in Asia and the United States.

She is slated to act in the next Jet Li-Zhang Yimou film called The Hero, and 2046 by director Wong Kar Wai, which begins production in November. 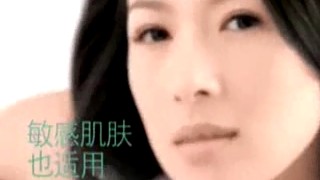 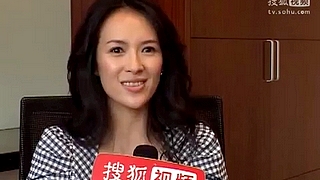