For 161 years, OMEGA has never stopped surprising the world with its pioneering spirit. Today, the Swiss luxury watchmaker and its global ambassador Zhang Ziyi jointly launched the new OMEGA Constellation 2009 Collection to the Asian market in Shanghai, China. This was not only the world premiere of the new collection that combines tradition and innovation – it also marked the first official appearance of Zhang Ziyi as the newest member of the OMEGA family of brand ambassadors. The glamour and elegance of the OMEGA Constellation Collection has conquered the world for over half a century.

Earlier this year, during the photo shoot for OMEGA’s new Constellation advertising campaign, Zhang Ziyi expressed her strong interest in watchmaking technology. Today, in the OMEGA store, she spent time at the watchmakers’ bench, placing some components in a movement with the professional guidance of an OMEGA watchmaker.

Later, Urquhart presented Zhang Ziyi with a new Constellation watch and invited her to autograph the watch box before locking it up in the transparent safe. This watch will become a splendid Constellation dream come true for the luckiest guest: thousands of VIP customers will be invited to the OMEGA Corporate Flagship Store to draw the lucky key which will open the safe. The key holder will become the owner of the magnificent Constellation watch.

Shanghai Concert Hall boasts European classic exterior design style with nearly 80 years of history, making it the perfect place to present the OMEGA Constellation Collection. A huge poster of Zhang Ziyi’s new advertising image was hung on the exterior wall of Shanghai Concert Hall, presenting the new OMEGA Constellation 2009 Collection on the wrist of the stunning actress. The fleeting moment captured through a lens by top fashion photographer Mario Sorrenti made a powerful impression on the almost 400 guests who saw the image at the hall’s entrance.

The launch event started auspiciously with the performance of the theme “Bell at Dawn, Drum at Dusk”. The large screen displayed a magical vision of chaos transformed into bright peace through time-lapsed images of the universe and the alternating appearance of the sun and the moon. Countless stars drew beautiful arcs in the vast expanse of the sky and slowly gathered to form one constellation after another.

The Constellation’s flame brightened the vast expanse of the universe in which popular movie images flashed by – from a pure and unsophisticated village girl in The Road Home, headstrong Jen in Crouching Tiger, Hidden Dragon, the elegant and divine blind dancer in House of Flying Daggers, to a gracefully restrained traditional Chinese woman in Forever Enthralled – these distinctive characters were all perfectly interpreted by Zhang Ziyi in the past decade. Today, her dedication to the acting profession has won her a brand new role – OMEGA Ambassador. Her accomplishment and glamour make her an ideal spokesperson for the OMEGA Constellation Collection.

Zhang Ziyi, who has been wearing a Constellation for over a decade, said, “The values of OMEGA – credibility, achievement and pioneering spirit – are what I have devoted myself to for the past ten years.“ She added, “When I was first approached by OMEGA I was very happy because the company is extremely well known and respected in China, where they have been since 1895.”

Urquhart welcomed Zhang Ziyi as an OMEGA brand ambassador and explained their role, pointing out that they are much more than celebrity spokespersons – they become part of the OMEGA family.

OMEGA counts among its brand ambassadors some of the most accomplished men and women in the world. Three international superstars with remarkable achievements in the world of cinema and fashion, supermodel Cindy Crawford, Oscar-winning actress Nicole Kidman and Oscar-winning actor George Clooney, extended their best wishes to Zhang Ziyi in a videotaped message and welcomed her to the OMEGA family of ambassadors.

As the newest member of the OMEGA brand ambassador, Zhang Ziyi not only brings elegance to the new Constellation but also inherits the unparalleled tradition of this classic collection that shines brightly in the world of luxury watchmaking. 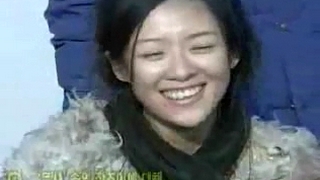 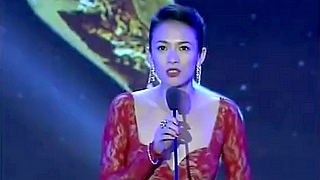