Petite Chinese actress Ziyi Zhang doesn’t exactly look like a Kung Fu killer yet she has been in two of the genre’s biggest international hits, Crouching Tiger, Hidden Dragon and Hero, and is starring in the martial arts saga House of Flying Daggers which is likely to be as big a hit if not more so. When she did Ang Lee’s Crouching Tiger, Hidden Dragon, it became the first martial arts film to gross over $100M and went on to win several Oscars including Best Foreign Film. A few years later, Hero garnered critical accolades and was nominated for “Best Foreign Film” at the 2002 Academy Awards. The beautiful Zhang displayed high-flying kung fu techniques and an alluring charm. Working again for the third time with Hero director Yimou Zhang, Zhang is back again playing both a sexy blind courtesan, and assassin in House of Flying Daggers.

What was the hardest thing about this role for you?

From the beginning, I didn’t know how to play a blind person. So I trained with a real blind girl for two months, and that was the hardest part; and also, I needed to be blind during the action scenes.

How many hours of training did you spend in doing the action stunts?

For this movie, I used a bamboo pole. In Crouching Tiger, Hidden Dragon I used a different kind of pole. It was heavy and very long. And I hit myself all the time.

In one scene, you were doing a split between two bamboo trees. Was that you or a stunt double?

It was me and they wouldn’t let me down [laughs].

You studied dance as well as martial arts. Which is harder?

I had studied traditional Chinese dance and had two years of ballet but in this movie, both were hard.

How was it working with Yimou Zhang?

Working again with Zhang, was it easier or harder? Did he expect more from you?

It became harder now because when he saw me starting out he saw how high I could go as an actor. By now he’s seen how much I have improved so at this point he’s given me this character who is much harder to play. After the first film we made together, I made a lot of films with other directors; when I came back to Zhang he said, “Now I want to see if you’ve really grown up and learn to act to well.” I think he will be satisfied.

What has been the greatest acting challenge for you-films like this Crouching Tiger, Hidden Dragon and Hero, or another genre?

It doesn’t really matter to me as far as the genre whether it’s an action film or a drama. The important thing for me is that each character is different.

Martial arts experts can be recognized by their style-did you change your style from one character to the other?

I don’t belong to any school or style myself. I’m unusual in this respect because I used to study dance so when I do these martial arts action scenes, I do them with a certain softness on the outside; but on the inside there’s also a lot of strength which I express that comes from my dance training.

After doing a Hollywood film like Rush Hour 2, was it hard to go back to China and do low budgeted films?

What was your favorite scene in House of Flying Daggers?

The drum scene in the beginning because [throughout] my whole life, I probably won’t get another space like this to perform. Although you only see about two minutes of it in the film, that scene took a long time to make. Everyday we had to shoot one shot at a time over and over again. Sometimes we had to do 10 to 20 takes and it was so difficult; there were a lot of extras in the background, so when I was able to do the take well, they would encourage me by applauding.

In these martial arts films, your directors have your character’s clothes get torn off. Why is that?

It has to do with requirements of the characters!

Besides the physical training, is there anything you did to prepare for the role?

Not really. This film can be set in any country or any period.

Do you have a say in the costumes or look?

He’s the best in taking care of details and protecting the actor’s moods and feelings. For example, in terms of the costumes, he takes a great interest in the details, like what kind of hat you have to wear and how high it should be.

Your co-star Andy Lau has been a pop superstar singer and actor for years-were you a fan prior to working with him?

I was 16 when I was studying dancing and he had a concert in Beijing. We didn’t have the money to buy a ticket and some students and I really wanted to go see him. So we snuck in by performing a dance for the security guard.

Is it exciting to work with someone you were a fan of?

I wasn’t nervous, but I remembered on the first day, I had finished my part and stayed to watch him.

What did you think of Kill Bill — a definite tribute to martial arts films?

I saw the first one. I like the scene where Uma Thurman and Lucy Liu are fighting in the snow. They did the scene pretty well.

Actually, when I was making Crouching Tiger, Hidden Dragon, Ang Lee was under a lot of pressure himself. Among the cast and crew, there were probably two people who had the most pressure on them. One was him and the other was me. I was the youngest member of the cast and the most inexperienced so anyone could come over and start giving me a hard time, critiquing me. It was his first martial arts film and of course he had these big name actors and actresses, like Chun Yun Fat and Michele Yeoh. I remember that in making that film, the very first action scene was my first time in my whole life to do an action scene. They had me strung up in the air and then I had to fall down to the ground. Already five people came over and started criticizing me, saying, “You didn’t do this and that.” I felt stunned and didn’t know what to do.

Memoirs of a Geisha is your next film and is set in Japan; how are you preparing for the role?

We already started filming and we have already spent two months in rehearsals. In Japan, we had to learn about posture and such difficult things. In China woman had their feet bound. Whether you’re a Japanese or Chinese woman, it’s hard.

Were you ever afraid while doing a fight scene?

Yeah, I get scared but I don’t have a choice. I just have to hunch down and get on with it.

What has been your greatest acting challenge?

It’s doesn’t matter the genre; the important thing is that each character has to be different. 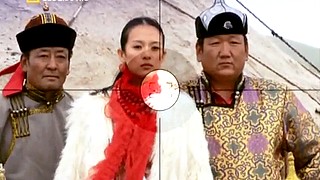 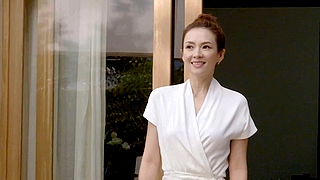