AFTER A QUICK GLANCE at the beautiful Asian woman striding into the lobby of Rome’s glamorous Hotel de Russie after she’d just jumped out of a chauffered car, it didn’t take long for the hovering Italian paparazzi to realise that the lady standing in front of them wasn’t just another of the moneyed mainlanders who now outnumber Japanese and American tourists at the city’s toniest addresses. It was a moment right out of La Dolce Vita as the photographers attempted to get a snapshot of actress Zhang Ziyi, but, in a sign of how things are changing in the entertainment world, this was an Asian celebrity in the glare of the flashbulbs, something that would have been unlikely even just a decade ago.

As she roamed the streets of Rome delighting in the city’s architecture and ancient ruins, Zhang, who was in town to celebrate her new post as Bulgari and Save the Children’s International Ambassador, was taking it all in, enjoying a short European break before embarking on a promotional tour for Wong Kar-wai’s The Grandmaster. The actress, who has in the past supported various charities helping Chinese orphans, is proud of her involvement in the partnership between the Roman jeweller and Save the Children, which in only four years has raised more than US$20 million from sales of a special ring created by the Italian house. In an exclusive interview with Prestige Hong Kong on the day of the announcement of her appointment, Zhang spoke about her early days as a dancer, her ambitions for the Chinese film industry and her role as a children’s advocate.

You started as a dancer when you were extremely young. Is there a lesson you learnt from those days?
I think that after so many years’ training, besides your physical body, it’s also about your brain. Dancing teaches you how to be tough because my six years of dancing weren’t so easy; it was like boot camp. Every day you get up at 5.30, which is torture, especially in the winter in Beijing, and then the teachers knock on your door saying, “Get up!” and you have to start running and kicking your legs and learning how to turn and stuff like that and they’re very strict, very hard. So my childhood wasn’t so bright because every day I had to fight.

Did this help you become a better actress?
Not so much about being an actress; it’s more about your personality, and it taught me not to give up so easily.

When did you realise you wanted to become an actress instead and decide to join the drama academy?
It was so easy. I just didn’t want to continue my dancing career because, first, I didn’t see myself as a good dancer. I knew that I wouldn’t be wonderful or be number one and I didn’t just want to be part of the programme, one of the dancers in the background. The second reason is that I was so young, I was 11 years old, I wanted to continue studying and to go to college and then a friend told me, “Why don’t you try the Central Academy of Drama? It’s the number-one school in China and you never know.” I had no idea what acting meant, so I went and I passed all the exams. Thus I started on another path.

Of all the roles you’ve played, what was the most challenging both physically and emotionally?
Crouching Tiger, Hidden Dragon. It was my first action movie, I had no idea what action meant, I had to learn from scratch. But Ang Lee is a great, great director. He is just so intense and I was almost shaped by him.

In what way?
I just felt I had to do everything he needed me to do in order to satisfy the director because I was a new actress and he gave me this opportunity. I didn’t want him to be disappointed.

And what about the stunts? Did you train a lot? Did you enjoy doing them?
It was six months of training, and no, it wasn’t easy. It was too hard but it kind of fit with my background. I mean, when I was young I had these very intensive training routines so when I worked with Ang Lee it felt familiar, it was just as though I’d gone back to school.

Of all the directors you’ve worked with, is there one that you’re closer to or who really acted as a mentor?
If I mention one, the rest will kill me. I have to mention at least three. Zhang Yimou is my mentor, he directed me on my first film and he’s a lifetime friend. Ang Lee is someone who opened up a different world to me and brought me to the Oscars and brought me so many trophies because of that movie and that role (Crouching Tiger, Hidden Dragon), and we’re still friends. Then of course Wong Kar-wai, with whom I just finished The Grandmasters. He’s the one who really helped me raise the bar in terms of acting.

You also played important roles in Hollywood, such as the title character in Memoirs of a Geisha. What’s the main difference between working there and in China?
I think we have to admit that in Hollywood every single job is big: producers, directors, first assistants and even prop assistants are all very professional, they know what they’re doing and everyone is great, you have a team and everyone is just doing their best for the movie.

What about China?
It’s different but I think we’re improving.

The film industry there is really expanding, but do you think that it will one day get to the level of Hollywood or Bollywood?
I think that right now in China the movie industry is kind of like Bollywood, producing many films every year mainly for the box office, but I think we’re ready to become a very successful industry.

Do you envision a day when Chinese movies will be released everywhere, from Europe to the US?
That’s my dream but it needs time.

You must receive many scripts both in China and Hollywood. What makes you choose them?
They have to touch me.

From an emotional point of view?
Yes. Right now Chinese actors are really hot on Hollywood’s lists. So whenever Hollywood does action movies, like Iron Man, they have to have some Chinese actors in them, but for me, I want to do real roles and not just do it for no reason. That’s how I pick all my movies.

So you’ve turned down even Hollywood films because of that?
Yes, quite a lot.

Is there an actress or actor who always inspired you?
Al Pacino.

As an international celebrity, you’re always in the spotlight. How do you deal with all this attention and pressure from the press?
I don’t want to mention too much but yes, it bothers me, but it won’t stay in my mind. It happens but it’s something you have to face. What can you do?

Is there a life lesson you learned or a credo you live by?
I think it’s just about keeping on going on the same road I’ve taken and learning step by step.

And finally, I know that you’ve always supported children-related causes in China. Is that why you became the ambassador of Save the Children?
Yes. I have to say that what Bulgari and Save the Children have done is amazing. When they started, they were just hoping to get six celebrities to be shot for the campaign, and look what they’ve accomplished and what they’re doing now. I really admire their perseverance. 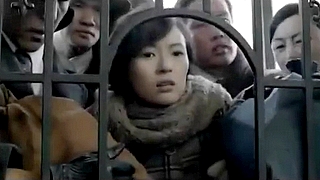 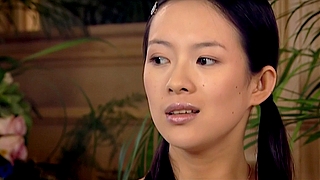