Yesterday afternoon, this reporter kept the appointment in a certain guest-room in Beijing International Club. The person who opened the door for this reporter was Zhang Ziyi’s mother. She made an introduction zealously, “Our current house is about forty square-metres, when Ziyi returned, a cat lodged a complaint that there wasn’t enough room to swing it freely. So, she and I have no choice but to waste money staying in the hotel. It’s also more convenient for her to talk about certain things. She is also very filial, and has just bought a big house. When she is back in Beijing this time, she busies herself with renovation and buying new furniture.”

Zhang Ziyi, of Crouching Tiger, Hidden Dragon fame, was busy serving a drink to this reporter, “My mother did not know that you were giving her free Jing Hua Time. On the seeing them in the letterbox during the first few days, out of her own will, she sent them to the resident committee.” Her mother explained, “What if someone put the wrong address when they subscribed it, wouldn’t it be causing them inconvenience?” Thus, began our interview amidst laughter.

As Supporting Actress, She only has 15 Minutes of Screen Time

Reporter: Everyone is paying lots of attention to Hero. Certain media say that in order to keep its information tight under wraps, the production even signed a non-disclosure agreement with the cast and working members.

Zhang Ziyi: I have never heard of such an incident, don’t think it’s that earnest. As this movie is produced in accordance with the International Films Distribution guidelines, it’s quite different from Zhang Yimou’s previous movies. When it’s not time to say anything about it, everything was kept secret. Yet rumours abounded, to the extent of being too ludicrous.

Reporter: I heard that when Hero was in production, Zhang Yimou kept adding more weight to your role, such that you stayed with the production for half a year and could not accept other film offers.

Zhang Ziyi : Not really. I am only playing the role of a supporting actress, Like Moon (Ruyue). After combining all my scenes in the movie, my total screen time is no more than fifteen minutes. Zhang Yimou is always very purposeful when filming. However, I stayed with the production for half a year of my own accord, for it’s such a rare opportunity that I got to work with Maggie Cheung, Tony Leung Chiu Wai and Jet Li. I greatly admire their acting skills and also wished to see how Zhang Yimou make a movie, to learn more about acting and movie production. Moreover, it was a time slot given to 2046, so I didn’t accept other film offers in the latter half of the year.

Red, Green, Blue and White Connect the Story of Hero

Zhang Ziyi: She is the maid of Flawed Sword (Tony Leung). Both Flying Snow (Maggie Cheung) and her fall for the same person, Flawed Sword. They are entangled in a red-coloured eternal triangle. She is, without doubt, extremely loyal to her master. Flawed Sword, in order to make Flying Snow leave her, intentionally behaves intimately with Like Moon. Flying Snow, on seeing them together, thrusts her sharp sword towards Flawed Sword. To aid Flawed Sword assassinate Without Name (Jet Li) successfully, she commits suicide in front of Without Speech. However, Without Speech saves her in the nick of the time, “Miss, life is too precious; Is it really of less significance than a love affair?” Eventually Without Name, Flawed Sword and Flying Snow bite the dust, leaving behind the lonely Like Moon, crying out her master’s name in the big, white land.

Reporter: I understand this is not the whole story of Hero. However, I perceive that you used Red and White to describe the events and emotions the characters are going through.

Zhang Ziyi: Actually, Hero uses the four colours, Red, Green, Blue and White, to tie in four different segments of the story. On the other hand, each of them also contains a different story. Green is the representation of reminiscing, blue is the struggle among the three of them. The layout is very unique; it’s unlike traditional wuxia films. It’s has quite a bit of artistic love story. In addition, Hero is not a typical wuxia movie – Its main theme is in no way the same as the past wuxia films, which are mostly about the seeking of vengeance or vying for the ultimate martial arts manual that leads to endless fights and killings. It is about the love and compassion of the heroes of the world, their magnanimity, and has a kind of international spirit. The costumes in Hero are also very special: One character, one design, and there are four different colours. I feel that it’s something very modern, inasmuch as being avant-garde.

Working with the Director: Zhang Yimou is the Most Outstanding

Reporter: What were your feelings when doing this movie? And what have you learned?

Zhang Ziyi: I have learned a lot, mainly on acting. After shooting the scene where Like Moon weeps very sadly, the sorrow kept a grip on me for the whole day! While I don’t have many scenes, they are of great depth. This is something I have never had before. I learned a lot from Maggie Cheung. When she is acting, she is so full of confidence and she sure has a mind of her own. At that time, when shooting the scene where she is on her deathbed, she thought that her eyes should be open while Zhang Yimou believed that her eyes should be shut. And they thrashed it out for half a day, after which two versions were shot. In addition, because of Hero, I trained in martial arts for a month. However, there was once when shooting a scene, my hand was injured by Jet Li’s double, leaving behind two scars on my right hand. Jet felt bad about it and gave me a Buddhist rosary bracelet. I have always been wearing it since then.

Reporter: Having spent half a year in Hero’s production, you must have understood Zhang Yimou even deeper?

Zhang Ziyi: Frankly speaking, he has always been my teacher as well as my elder brother. He is the most outstanding director I ever have the chance to work with. Back then, when I was in production of The Road Home, I noticed he was reading a wuxia novel. He said that he intended to produce a wuxia pian. Yet, now, some press are saying that Hero is merely chasing in whichever direction the wind is blowing. They don’t understand Zhang Yimou at all. He does not mind all these arguments. He is just fulfilling what he had wished to do. Time is an artist’s best witness.

Reporter: Did he offer you any sound advice pertaining to your acting career?

Zhang Ziyi: We had plenty of discussions this time. He suggested that not only should I give my best in Hollywood martial arts movies, but should also do some Chinese art movies in Mainland and South East Asia. Being equally dexterous with both brush and sword helps taking control over the world. He told me to be an outstanding actress, be an outstanding China movie star. He says that there are far too few movie stars in Mainland in the recent years. So, right now I am reconsidering doing Lou Ye’s Purple Butterfly. 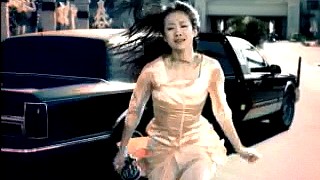 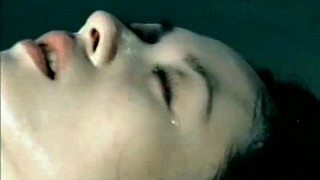