Ziyi on Venice, The Banquet, and Hua Mulan

Sina: Ziyi, the peach red gown you wore to the premiere of The Banquet is so beautiful. Could you tell me more about it?

Zhang Ziyi: The dress I wore yesterday was custom-made for me by Giorgio Armani, but we chose the color together.

Sina: You seem to like the color red a lot. The red evening gown you wore at Cannes is also gorgeous.

ZZ: Sometimes I wear red because I’m in a good mood, but not always. I’ll also pick something black or other dark colors every now and then.

Sina: I guess you have been to Venice several times, how do you feel about this place?

ZZ: This town feels relatively pure and simple to me. Though it was on the sea and has advanced transportation facilities, it has taken very good care of its ancient properties, such as ancient buildings and culture. They are very well preserved.

Sina: How would you describe the Venice Film Festival this time?

ZZ: I feel quite relaxed because our movie is not in competition. As for the festival, it feels somewhat different from the others I’ve been to, probably because Venice is unique. Here you get to see so much exotic scenery when you go to places by boat. It’s so wonderful to able to experience the pure and simple local way of life.

“The Banquet makes me feel reassured”

Sina: You saw The Banquet for the second time last night. Could you tell me how you felt after the first viewing?

ZZ: That was in Beijing. Director Feng Xiaogang invited me to a special screening for his relatives and close friends only. I remember clearly Ge You’s father (a celebrated movie veteran in China since the 1950s) was there, too. Some time after the show Director Feng called me and told me that Mr. Ge the elder, who had never praised any of Feng’s earlier works, gave a thumbs-up to our movie this time, including the actors’ performances. That made us feel really reassured.

Sina: You said that after the premiere last night, too. Does that mean you were a little nervous before the show?

ZZ: In fact I always felt a bit nervous before I saw the end of any movie I’m in, because I had had no idea how the director cut it, like how many scenes had survived and if they were the best or not. You only get to know how good your work is after seeing the whole thing. Then you’ll feel better.

“Queen Wan is a character consumed by love and hatred”

Sina: In this movie (The Banquet), which scenes do you think are the hardest to handle?

ZZ: The most memorable one is when Queen Wan decides to poison Emperor Li. While lying in his arms, she is tortured by both love and hatred for this man. I like particularly the scene when she holds the emperor and hits him in an emotional outburst. That moment reveals the sense of helplessness she feels about the reality and her surroundings, compounded by the maddening mixture of love and hate. The scene where Ge You’s Emperor Li is overcome by poison and collapses into Queen Wan’s arms is another of my favorite moments. And there is the long monologue delivered by Queen Wan at the end of the story, because it’s rare in feature movies and quite difficult to bring out well in terms of dramatic effect. It was a real test for my acting skills.

Sina: The Banquet has been shown twice so far in select cities back in China and one of the issues people are arguing about is why Emperor Li drinks the poisonous wine willingly. One interpretation is that the director intends to show his sincerity in his love (for Queen Wan). We asked some western viewers this questions last night and they said they understood why, while so many folks back home found it unacceptable. What’s your take on this one?

ZZ: I’d think it’s Emperor Li’s way of escaping the reality, which tells him he is losing both the power to rule the country and the love of his life and he can’t help it. So he chooses to leave it all behind.

Sina: We know language is a very important element in Director Feng’s movies. Unfortunately many people found some “faults” on this issue in The Banquet, such as this line delivered by Emperor Li that some say is too modern for an ancient head of state: “We as a mighty empire thrive on honesty and sincerity.” What do you think?

ZZ: I believe this movie is extremely important to Director Feng and I trust he had thought over each and every word or phrase of the script thoroughly before filming began. We didn’t see any objections to the dialogs from the audience. As actors we should respect the script as well as the director.

Sina: Many people are eager to know what your next movie is. What’s going on with Hua Mulan these days?

ZZ: Hua Mulan is basically a sure-go now, but it’s not expected to start any time soon, because of hassles with the script, cast and what not. I’m going to make another English-language movie by the end of the year (presumably before Hua Mulan starts filming). Hope you guys out there keep an eye on it. 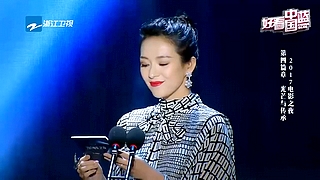 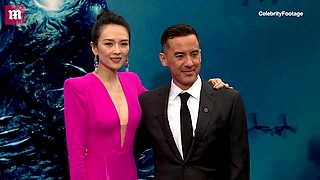