Interview with Ziyi at the Venice Film Festival

“I felt reassured after watching The Banquet”

My interview with Zhang Ziyi was on the first day (Sunday) of her promotional work for The Banquet in Venice.

She had to attend the screening of The Banquet with Director Feng Xiaogang and other cast members at 11 AM. In the afternoon, she was booked for interviews by electronic media reporters from the host country Italy. Sohu.com was able get hold of her by squeezing a little time out of her packed schedule.

Sitting in the hotel’s out-door cafe facing the picturesque seascape, Zhang Ziyi looked naturally relaxed. She succinctly talked about how she had made it so far on the way to success, in a quick-paced manner befitting her current status as an international superstar accustomed to making Q&A brief.

Sohu: This is your first visit to Venice, isn’t it?

Zhang Ziyi: Yes. I received an invitation (from the organizers in Venice) to be a judge. I’d always wanted to come here — the city on the sea with a film festival to boot. Though I’ve been to many film festivals before, the one in Venice is too important to pass. So I promised to come no matter what.

Sohu: Will you take this opportunity to look around here?

ZZ: (Laugh) Not very likely. I’ve been giving interviews all day today, from morning till now without stop. I certainly hope to have a look-see in the city if I have time. This is my first time here after all.

Sohu: How do you compare the feel here with that of Cannes?

ZZ: Very different. It feels much more homely over here. The feeling is stronger (than in Cannes). Though I’ve not been around so far, I can sense it is more down to earth.

Sohu: With The Banquet being only for exhibition this time, does it make you feel less pressure than you do as an award presenter or a nominee?

ZZ: Not really. However, that doesn’t mean I felt pressure when I was in competition before.

Quite a few Chinese directors are in competition at this Venice Film Festival, including Director To Kay Fung from Hong Kong. I was very happy when I learned his movie was entered in the race (for the golden lion), because it is also an encouragement to Chinese cinema. There are on average about 20 Chinese movies in competition at various international film festivals each year, which I believe is a very significant fact.

Sohu: Why do you feel particularly proud (about this fact)?

ZZ: Now the European and American markets are increasingly interested in Chinese movies, the number of Chinese productions shown at the top three festivals (Cannes, Venice and Toronto, I assume?) have grown noticeably. This in a way shows our country is becoming stronger, whether for its economy or global status. Every Chinese, being in the movie industry or not, should feel proud about this. I think we have opened the door to the international market, but that’s just the first step. The key lies in how we keep it open to us in the future.

On acting skills: “I didn’t know how to portray my character in the first two films I made.”

Sohu: So far I haven’t seen The Banquet. But Jasmine Women is one of my personal favorite.

ZZ: I feel blessed with every film I’ve made so far. If the characters I portray in Jasmine Women had not given me so much room to show what I was capable of, people probably would have found little in terms of my acting skill. Take The Banquet for example, this character (Queen Wan) gave me so much space for acting. I felt as strongly as I had done while watching The Story of Qiu Ju. This film is about one woman, who is the essence and soul of the story. That’s why we all gush about how fortunate an actor is to be given a role like that, because you can thoroughly enjoy the whole process with your character.

Sohu: How can someone so young to express so many different feelings?

ZZ: (Laugh) I’ve experienced quite a lot myself. The accumulation of experiences in life and so many things I’ve encountered. That’s not to rule out the importance of intuition in an actor. To tell you the truth, I didn’t know how to portray my characters in the first two movies I made. Only now I have learned the right way to flesh out a character with the right means and feelings.

Sohu: The foreign press now knows who Zhang Ziyi is and even treats you as synonymous to Chinese cinema. Does this give you a lot of pressure?

ZZ: I certainly feel responsible for my the movies I am in, knowing that many people will see them, and I feel compelled to give all I have to them. I’d will myself to do my very best and make each movie the finest it can be. This probably sounds too hard on myself, but I just have to stick to a principle like that. For instance, many reporters asked me earlier today if I go to the United States to just to make Hollywood movies. As a matter of fact, I really don’t see making Hollywood movies as that important. What is truly important is not making movies in Hollywood but making what movies. It’s not important at all where to make movies. The key question is what movies you make.

On The Banquet: “I felt reassured after watching it.”

Sohu: Have you seen The Banquet?

Sohu: How do you feel about it?

Sohu: By your own acting or the film as a whole?

Sohu: Some critics have commented that this character shows your real mettle as an actor. What do you think?

ZZ: Actually, I always aspire to do my very best in every film I make, whether the role is action-heavy or requires more acting skills. Being an actor is a process of accumulating (experience), through your roles and anything else. My performance in The Banquet would have been beyond me if it had been made three years earlier. Really, being an actor is definitely a process of accumulation.

ZZ: I’m deeply grateful for this movie. This character provided a very big stage for me and Director Feng Xiaogang gave me a lot of freedom to show my acting. He allowed me to work quite freely on interpreting this character without minimal pressure.

Sohu: People all say your Queen Wan is full of feelings and the way she reveals her deeper feelings is very gratifying.

ZZ: When I am acting, I cry whenever it is required (by the script), but what really moves the audience is not a tear or two, but the story behind them. Nowadays, what I emphasize most is the inner feelings. I have been aspiring to do my job steadily rather than hurriedly.

Sohu: Even now some people still believe Zhang Ziyi has had nothing but good luck.

ZZ: There is no need for me to deliberate on whether I’m a lucky person or not. I’ve come this far step by step, maybe following certain practical examples also helped, one movie at a time. If I had worked for money, I would have made many movies a year. But I see no need in do that. I respect my career, my roles and my works very much.

Sohu: Today’s newspapers all carry your picture on the front page. What does that make feel?

ZZ: It gives me a strong sense of accomplishment. But is not just for me the individual, but for a Chinese movie. Though the papers print only my image, it is a recognition of our efforts as a creative group.

On fame: “I’m grateful to those who understand me.”

Sohu: I feel intimate with and very real the Zhang Ziyi I meet today. You are so different from what many reports have said about you.

ZZ: I’m really helpless in this kind of situations, as there are two sides in many things. I have been subjected to numerous controversies and I’ve managed to survive all that by being myself. The fact cannot be denied. I don’t care very much what others say about me.

ZZ: Absolutely. Otherwise I’d have no way out except hanging myself (laugh).

Sohu: Ever cried (for being wronged) before?

Sohu: Not any more, I assume. You look tough enough to me now.

ZZ: These days I just try my best not to think about it. Not long ago I attended an event with two foreign guests. We talked to each other courteously, but the press reports claimed I was speaking poor English. Then I though what if I kept my mouth shut? The reporters would probably say I could not understand a word in English. You see, it’s just a matter of how you make of it. You’re much better off taking it easy. I’m really grateful to people who understand me. As for those who don’t, I take it they have their own reasons.

Sohu: Looks like your story can go on forever.

ZZ: I guess I’m the only one who will write a book about myself, because only I can tell it as it is.

Sohu: Are you willing to do that?

ZZ: Not now. It’s just a matter of when. I don’t think many people in this world know me well enough. (End of Q&A)

After the interview, Ziyi did not put down the microphone immediately and said sincerely: “I’d like to talk with you after the show if there is time. I really want to hear what other people say about (The Banquet). Any one, be it an actor, director, producer or screenplay writer, we all need to face the feedback from viewers. Negative or otherwise, I believe anything is acceptable as long as it’s objective. Criticism is a kind of power in itself, as is compliment.

As we watch the Chinese movie industry step onto the world stage, I see in her (ZZ) the quality of an internationalized movie industry worker from China. 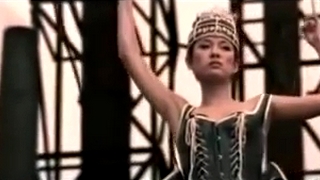 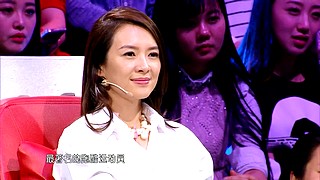