Celebrating 20 years of a stellar career, Zhang Ziyi returns to Cannes as Chopard’s “Godmother” to present two important awards. She talks to Charlene Co about earning respect, and the importance of recognising and supporting young talent

We’ve been given 30 minutes, not a second more, to interview the celebrated Chinese actress Zhang Ziyi and shoot at least three good portraits. And she’s running late. “Never mind. At [the] Cannes [Film Festival] nothing is ever on time. It must be the all-night partying. No one can get up early,” says a fellow journalist, herself seemingly a little hung over as she reclines on a couch at the Chopard Rooftop, an exclusive lounge for the luxury jeweller’s VIP guests on the 7th floor of Hôtel Martinez.

Then Ziyi arrives, preceded by the booming voice of her long-time manager, Ling Lucas. Wearing a flattering floral Louis Vuitton dress with a wide belt, her hair parted in the middle in two simple braids, she sits down before several trays of jewellery. Like a child opening a box of candy, her eyes widen and she lets out a giggle.

She appears to be oblivious to the tense atmosphere created in the room by her manager, who is painfully aware of the short time available to do three interviews and shoots before Ziyi is due on the red carpet for Quentin Tarantino’s Once Upon a Time in Hollywood with stars Leonardo DiCaprio and Brad Pitt.

“We want her to read the questions from this card and then look to the camera to answer them,” I overhear a member of a French television crew tell Ziyi’s manager. “Are you sure? That’s just weird, but I’ll ask her,” the manager says.

Ziyi soon stands up, having chosen jewellery to wear, and says, “Let’s do it.” She takes the card and goes to the corner to rehearse, repeating specific English words she’s not sure how to pronounce. “Am I saying it right? Please let me know,” she says. “I want to make sure I get this right.” Then, as they film, she giggles nervously at mispronunciations and asks several times to redo her lines, then confidently gets them right.

After the French interview she changes into a stunning black ensemble. The braids are gone and her hair is down, brushed back just enough to expose a gorgeous pair of emerald earrings by Chopard. I’m stunned by the transformation. “Let’s do this,” she says. She looks to the camera and knows exactly what to do. Suddenly I’m no longer worried we won’t have enough time to get the shots we need.

As we finally sit for our interview, I can’t decide whether I’m more taken with her delicate features and porcelain-like skin or her piercing gaze. I think to myself, “Nothing escapes this one, that’s for sure, and how on earth can she be 40?” 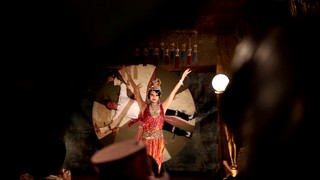 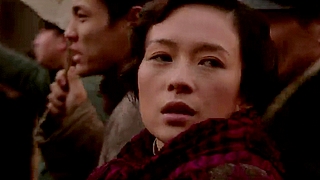