This week, I got the opportunity to meet actress Zhang Ziyi (Memoirs of a Geisha; House of Flying Daggers; Crouching Tiger, Hidden Dragon), who was in town at Chong Hing Jewelers to debut Omega’s new Constellation Collection of ultra-luxury watches. One of Omega’s latest celebrity ambassadors, Ziyi joins the company of George Clooney, Nicole Kidman, Cindy Crawford and the infamous James Bond. Her uncommon beauty, grace, femininity and international appeal has also helped her rise to the highest ranking woman on Forbes’ list of China’s most powerful celebrities — all by age 31.

But perhaps what is most fascinating about Ziyi — and I don’t think I’m alone on this — is not just her luxury appeal but her paradoxical nature; she brings such a strong, arguably intimidating presence and zealous dedication to every role — whether it involves dodging and splitting her way through a sword fight or dancing aggressively in foot-high, dangerous platform shoes. Yet in reality, she is this tiny, seemingly fragile girly girl.

I only had about five minutes to chat with Ziyi, so rather than try to ask her the myriad questions I had initially written down, I stuck to the subject we at TDO love best: style. (After all, I believe it can reveal a lot about someone!)

While I attempted to speak a little Chinese, I decided to conduct the interview mostly in English as after much online research, it appeared Ziyi did speak pretty coherent English (she didn’t speak it back in 2001, when Jackie Chan had to help interpret her way through the filming of Rush Hour 2). While we still hit a few language barriers (how do you say “what’s your guiltiest shopping pleasure” in Chinese?!?), she maintained her elegant composure and answered my questions slowly, honestly and with a healthy dose of humor:

When I asked her to describe her personal style, she said, “In my profession, we get to dress up a lot and wear a lot of fancy gowns, so for me personally, when I’m not working, I like to wear T-shirts and jeans … and black. I looove black.” She also listed earrings and watches as her favorite go-to accessories, both of which you’ll notice she wears often on and off the red carpet. On this particular day, she was wearing a modest yet form-fitting, cowl-neck, knee-length black dress and black pumps, accessorized with a glittering white-gold-and-diamond Omega Constellation Luxury Edition watch (see inset), worth $116,000, and what appears to be her favorite sunglasses of the moment, gold aviators. (For the record, this is a woman who has reportedly professed to being both amused and embarrassed when recognized while putting her dog’s poop in a public trash bin in New York City.)

I then asked her what her guiltiest pleasure was (and paused as she looked quizzically at me before bursting into laughter while two people desperately tried to translate this with a $20,000-shoe analogy). “Ah! Hermes bags,” she sheepishly answered.

And of course, I couldn’t resist asking her how she maintains such a slender and soft (vs. crazy-muscular) figure with all the physical training she does for her martial-arts and song-and-dance-heavy movies. Her (still laughing) answer reminded me of many first-year moms’ excuses: “My schedule is so busy … I don’t have time to eat!”

As this is a style blog, I refrained from asking her about the whirlwind around her engagement to billionaire Vivi Nevo (though mysteriously, she was wearing what looked like diamond engagement-type ring on the pinky of her right hand), as well as any other speculation or criticism she’s faced back home around her love life, role choices and charitable efforts. If anything, I would have asked how she balances the career of an in-demand movie star with her close family ties and her deep love of children (she doesn’t have any, but she has reportedly admitted to wanting to be a schoolteacher if she weren’t an actress, and donated her time and money toward helping orphans in rural China find foster parents). I also would like to have discussed what she does when the cameras are turned off and the frilly gowns and false lashes are put away. And while she politely expressed that “next time” we might get to discuss these things, I don’t think we’ll need to. In the time we talked, I quickly got the impression that she’s a classic beauty with a warm, solid heart — someone who values the simple things in life just as much, if not more so, than the finer things. And frankly, she seems just like the rest of us on her days off, running errands in jeans, a T-shirt and sneakers. 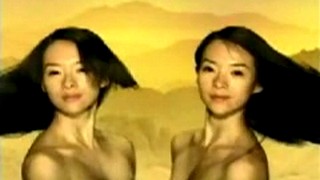 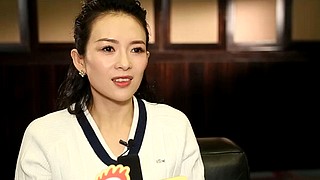