On Monday, British band Coldplay released a video of its latest single, “Magic,” with the announcement that its sixth studio album Ghost Stories would be out May 19. The atmospheric music video is directed by the award-winning Swedish director, Jonas Åkerlund, whose portfolio includes work with acclaimed artists such as Paul McCartney, Madonna and Lady Gaga.

“The track curiously showed off Coldplay’s chillier side and atypical sounds for the group.” Rolling Stone magazine wrote, “‘Magic’ is more of a return to form.”

The media has seen the song as an allusion to Martin’s real life – notably his recent “conscious uncoupling” from partner Gwyneth Paltrow. The Daily Mail refers to it as “a melancholy tune that hints at the inner turmoil of his failing marriage.”

As for Zhang, “It’s great to see a Chinese actress starring in the music video of a band of international renown,” Sina comments. “But what’s up with the dark circles around her eyes?”

In China, Zhang is famous for her efforts to develop her international appeal; the former dancer has spent years working on her English skills, for instance. While Chinese media might mock her with the moniker “International Zhang,” the actress clearly has her own ideas about her path. She told Interview Magazine that she is very careful choosing scripts and has rejected overtures from Hollywood many times.

“After Crouching Tiger I got a lot of offers, but I turned them down because they were all victim roles – poor girls sold to America to be a wife… I know I have the ability to go deeper, to take on more original roles than that,” she said.

Fourteen years after she made her name with Crouching Tiger, Hidden Dragon, Zhang has clearly come a long way. 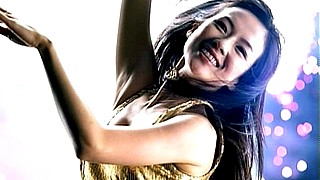 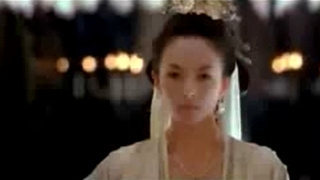