The Westernization of Ziyi Zhang

She speaks almost impeccable English, albeit with an unmistakable Chinese accent and delivered with meticulous daintiness (as if she’s listening to every word she’s saying), and it amazes her more than anybody else. With her fragile China-doll beauty, she has added a distinct luster to Hollywood’s fabled “red carpet” (stealing the scene from veterans at the recent Golden Globe Awards). Last year, People magazine listed her as one of The 50 Most Beautiful, saying, when asked what the best compliment she has gotten so far, “My friends who haven’t seen me in a long time, when they see pictures, they say, You don’t look like a little girl. You look like a young woman’.”

She has reversed her name, putting her first name ahead of her surname as it should be in the Western world.

You guessed it: The Westernization of Ziyi Zhang is in progress.

At 27, Beijing-born Ziyi is turning more heads in Hollywood (and the rest of the Western world) with her portrayal of Sayuri in Memoirs of a Geisha (from Arthur Golden’s best-selling novel), directed by Rob Marshall (of Chicago fame) and produced by Steven Spielberg (who initially was interested in directing it) for his own DreamWorks Pictures and Spyglass Entertainment with Columbia Pictures. In the first Hollywood movie with Asian actors cast in major roles, Ziyi co-stars with Japanese actor Ken Watanabe (The Last Samurai, Batman Begins, etc.) as the Chairman and fellow Chinese actresses Michelle Yeoh (as Mameha) and Gong Li (as Hatsumomo) who was the signature actress and lover of Chinese director Zhang Yimou before he discovered and groomed Ziyi.

Of course, before Geisha, Ziyi has been getting raves for her performances in Chinese-made films like, among others, Ang Lee’s Crouching Tiger, Hidden Dragon, House of the Flying Daggers, Wong Kar-Wai’s 2046 and Yimou’s Hero (with Jet Li, subject of a future Conversation; watch for it).

Contrary to what Ziyi told People, she did look like a little girl when she showed up for this Conversation in November last year at the Waldorf-Astoria in New York (where the geisha Sayuri spent her retirement). In person, Ziyi didn’t look at all like the stunning versatile actress she is onscreen; she looked more like a schoolgirl on pre-Christmas break.

After our TV interview and Conversation, Ziyi lingered at the corridor where she got excited when she saw a baby in the arms of its mom (a Columbia Pictures staffer). She approached the mom and said, “May I carry her?”

Why did you reverse your name?

“There are so many Zhangs in the Chinese film industry and people might be confused. You know, which is which…who is who?”

You speak very good English. Did you study the language in school?

“No, not in school; I just try to study (by) myself. In Beijing, I have an English tutor. I’m still learning. Very difficult to learn.”

So you still live in Beijing.

Did you read the book before you did the movie?

How did you feel when you learned that you were included in the cast.

“When I got the phone call from America, I was happy but surprised. Rob Marshall wanted to meet me. I remember that day. Before I walked into the room, I told myself that I have to convince him that I am Sayuri. In the story, Sayuri ages from 15 to 35. So I hoped that I could give Rob the right feeling. During that lunch, I tried to speak English as much as I could; I really tried so hard.”

Obviously, Rob Marshall was impressed during your first meeting.

“But I was honest with him. I told him that I might not have the competence because the movie would be done in English, my second language, which I started to learn only two years ago. I was not sure if I could handle it. Then, he said to me, I’ve been looking and I think you are the right person. Don’t worry about your English. I watch all your films and I know that you are a hard worker. You just go for it.’ ”

How long did it take you to study the role, including walking in a heavy kimono on tall wooden sandals?

It sounds so enjoyable; the learning process.

“Oh yes, it was a wonderful experience, really. I learned so much; it improved my English. Everybody was so nice and so friendly throughout the five months of shooting.”

You’re a big thing in Hollywood now. How do you feel about the status of Asian actors in Hollywood?

“I am so grateful to Geisha because it gives us a chance to show that Asian actors can do more than just kung fu. I really appreciate Rob for, you know, his trust.”

How was it working with Gong Li, perceived by many people as your “rival”?

“We had no problem. She is very pretty gorgeous! I feel that we have chemistry. I admire her as an actress. I’ve seen her movies. I’m very glad that I got a chance to work with her in Geisha.” (Quoted by Time, Gong Li said, “Great actors can work nicely together. If she is a great actor, there is no problem.”)

And with Michelle, after Crouching Tiger?

“We have known each other for a long time. When we were doing Crouching Tiger she was already like a big sister to me. In Geisha, we have more scenes together. She’s so funny and she always makes jokes. We have a great time.”

After Geisha, do you plan to stay in Hollywood?

“For me, I don’t really care about working in Hollywood or in China. But I’d rather play original roles, you know, sometimes I feel very sad about some offers. In Hollywood, they ask me either to be in an action movie or to play a poor girl from China working as a waitress in Chinatown with the Chinese mafia. That kind of role. I just feel, you know, my God, we Chinese actresses can do better than that.”

But in Geisha, you do play one of the leads, not just a poor girl from China working as a waitress in Chinatown, you know…

“That’s why I really appreciate a movie like Geisha. It shows that we (Chinese actresses) can do critical job even in a second language. I hope that after this movie, people will see us in a different way. I hope.”

How much did you know about geishas before this movie?

“Before the movie, I didn’t know anything about geishas. While doing the movie, I realized that geishas are strong women. They live in a different world; they have a very strict code of conduct. They are very disciplined. For me, they are just like any artist or scientist; they have to make a lot of sacrifices. Now I know also that geishas are very well respected in Japan.”

Watching the girl (Suzuka Ohgo) playing Chiyo (renamed Sayuri when she becomes a geisha), did it bring back memories of your own childhood in China?

“My childhood?” (Breaks into little laughter) “I think it was better than hers! But somehow, I could easily relate to Chiyo because I was only 11 when I went to a boarding school. I am strong like Chiyo. In the scene where Mother beats her, Chiyo simply closes her mouth and you can feel that she is strong inside. I just love her!”

In Crouching Tiger, Hidden Dragon and House of the Flying Daggers, you played tough action scenes. How did you adjust to doing a dramatic and emotional role in Geisha?

“Even in action movies, still my characters have their own dramatic scenes; there’s a lot of space to act. I just feel so lucky I can work with great directors like Ang Lee, Zhang Yimou and Wong Kar-Wai. They always help me to bring out my best, no matter how many “takes” they do, no matter how hard the process is. Sometimes, you don’t know you have the power and the ability, but great directors like them help you realize that you have the power and the ability. They help raise my acting level.”

What are your expectations after Geisha?

“I love to try new things, I love challenges. Hollywood offers lots of money but that’s not so important to me. I love my job; I don’t work so much for money. It gives me great satisfaction to think that maybe 10 years from now when you see my movies again, you can still feel same thing you felt when you watched them the first time. I’m still young. If I fall down, I just get up and try again. Maybe my six years of training in China have prepared me for what I am doing now.”

Where’s home for you now?

“I still call Beijing my hometown. I just love Beijing and I’m proud of China because it has gone through many big changes these past few years. Three years from now, Beijing will host the Olympics and I’m excited about it. I don’t know why but I’m proud to be Chinese. I notice that in America now, more people are interested in Asian culture and I’m glad that Chinese movies have more chances to come over. I just hope that Chinese filmmakers work even harder than before and make more good movies.”

How do you keep in shape? What sort of diet do you have? Do you work out? 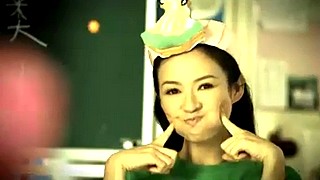 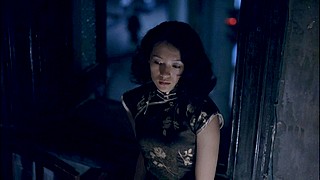