The Source Magazine recently sat down with Chinese superstars Tony Leung and Ziyi Zhang to discuss their new Kung fu film “The Grandmaster,” directed by Wong Kar-wai. The Weinstein Company film is being presented nationally by Samuel L. Jackson and Martin Scorsese, and even RZA has come out to show his support by narrating a special cut of the film’s trailer.

Check out highlights from our Q&A with Zhang Ziyi and Tony Leung below:

Q: Tell us about some of the difficult moments from shooting. There were some intricate fight scenes.

Ziyi: Tony has the saddest one.

Ziyi: For me the train station fight because our director picked the most… coldest possible location. He could go anywhere, but he picked this place. Every night, the weather was minus 20 to 30 [degrees]. So we’re fighting…you know how we’re standing outside, you couldn’t move. My hands and feet were always numb. I just thought if someone cut off my feet I wouldn’t have even felt that, it was that bad. Just for me…right now when I see a script, seeing that it’s snowing somewhere I say, “No no no no. No more.” I’m done.

Q: Since this film is based on the life of a person and the truth of martial arts philosophies and I know that both of you did a lot of training for this over a long time, I wondered if that changed your perspective on the way you approached the role, the fact that it was a true story and that it was someone’s life and people still know him today.

Leung: I was lucky because I have a real character to work on this time and Kar-wai showed me a lot of books about the martial arts world in the Republic period of time. I had a chance to understand all the culture and customs of the martial arts world that appeared in those times. And he asked me to merge Bruce Lee’s character into Ip Man, too. Of course I don’t know why. I don’t know how can I merge Bruce Lee into Ip Man, I cannot fight like that. But he asked me to, so I studied and this Bruce Lee left us a lot of books about his vision on Kung fu and the philosophy on Kung fu that is understanding Kung fu and this really helps me to build up the confident man to go out there with the soul of The Grandmaster, it really helps. And for Ip Man, I only have information after he settled down in Hong Kong. I saw his picture…I learned a lot from my Kung fu master about Ip Man because my master was the student of Ip Man and I know how difficult his life was in Hong Kong. But what I see from this picture is he doesn’t look like a Kung fu man. He looks like a scholar. Very refined, graceful, and I can feel the difference in his eyes. He always wears a smile. I think he was so amazing, how can a person look like that if you go through that difficult life. I want to know how he can do that. So after all this study, I think Kung fu might inspire something. Kar-wai says he is very optimistic, I said no not just optimistic, Kung fu might inspire someone to deal with life. After I studied all those books from Bruce Lee, I know that it’s not just fighting techniques, but also a way of training your mind, kind of like meditation and Buddhism, how to keep your mind free from emotion and desire and…actually the goal of Kung fu is not to oppose an opponent or to give way, but to be harmonized with your opponent. If you put it in real life…you try to be in harmony with nature, the whole world. You’re not trying to oppose the people. I think what really inspired this man was Kung fu so he can move on.

Ziyi: I did not have anything like books because the character is not a real person. But for me this kind of training…I don’t feel strange because I used to be a dancer and I trained for six years professionally, so I understand what Tony is saying because it’s not only to train your physical; it’s about training your brain and to build up the strength…advice that I learned from the dance background. So for this movie, I didn’t think that much, I didn’t do any research. For me, I didn’t want to think too much, I wanted to concentrate on the training and…slowly, because we didn’t…know my character at all. Wong Kar-wai didn’t tell me that much as well, so I think we figured out the character together as we were shooting, so I know and I understand even more and better. I knew where she’s living in this kind of the world. She needs a lot of strength and courage to get the life that she wants and…because the story of her is she’s not allowed to do a lot of things, but she doesn’t believe it. That’s why she represents the independence and she represents the strength.

Q: Tony, I was wondering that since this was based on the actual Ip Man character, he has a lot of apprentices back in the late 60′s and 70′s. Did you get the chance to talk to those apprentices who might be inspired by how he actually approached this style?

Leung: The only student that I had chance to talk with was my teacher and he was an apprentice of Ip Man, so I got a lot of information from him.

Q: Anything you learned from him surprise you?

Leung: He told me that…the greatness of Ip Man was harness physical ability. That his wisdom and knowledge of Kung fu… and that’s very interesting. And also he told me a lot about his life in Hong Kong. You cannot imagine a guy like him come from a wealthy family with no worries before the 40′s and with a dramatic fall from heaven and hell in Hong Kong, and he has to train Kung fu for money. And that’s very sad for a Kung fu master like him. How can he have the dignity still?

Leung: Yeah, first of all, he used to work without a screenplay. But this time, I had a real character to portray, so it was very different to me. I was very comfortable on the first day on the set cause I know who I am. At least I’m the lucky one. And this time he plays a lot of music during shooting, I don’t know why.

Ziyi: I enjoyed it.

Leung: Maybe he wants to make the rhythm and the tempo. He wants to make something crazy. He never used to do that before. I don’t feel quite…easy with that. I think it’s kind of like my ankle is…bound by something…like the flow of the music. Like the flow of the rhythm… it’s strange, I don’t know why, but he might have a reason. You should ask him. Maybe it’s for the camera movement, or for the mood, I don’t know. But he used a lot of music this time. That’s the difference.

Q: Ziyi, You said that this was your final martial arts film. How close are you going to stick to that and Tony, this is your first full Kung fu film!

Ziyi: I had so many injuries from a long time ago in “Crouching Tiger, Hidden Dragon.” I hurt my leg shooting “House of Flying Daggers” and just something happened. I fainted for a long time… I felt it was a long time, but it was only a few seconds. And just those old injuries really bothered me. And after three years of this one, first of all my body cannot take anymore. And also I just think nothing can really surpass this kind of level of acting and choreography and everything. So I just think this is pretty good just to leave with good memories.

Leung: The most demanding director I’ve ever worked with. It was such a long period of time. At the end, I told him many times almost at the film’s end, before we finished that I cannot do it anymore. I’m really exhausted.

Q: Will you guys get to work together again? And what are you doing next?

Samuel L. Jackson, who saw the film at the New York premiere presented by DeLeon Tequila, also has lent his support to the film, by presenting it nationally.

Jackson said in a statement: “THE GRANDMASTER is a wild ride and an expertly crafted martial arts film. I was blown away by Tony Leung and Ziyi Zhang’s performances, and needless to say by Wong Kar Wai’s direction; he’s a living legend who I’ve admired for ages, and it’s a true honor to lend my support alongside Martin Scorsese.” 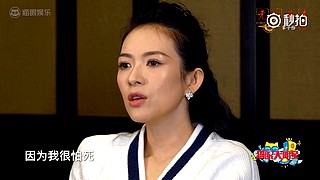 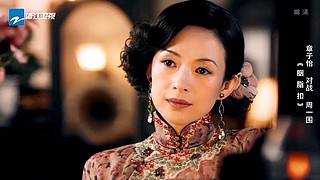