Zhang Ziyi, dressed in a pretty yellow frock with matching pumps, was sipping her glass of refreshment when journalists from Malaysia, Singapore and Thailand took their seats in front of her. We were at the Park Hyatt Tokyo in Japan to interview the director and cast of the highly-anticipated Memoirs of a Geisha. Despite a long Q&A session in the morning with other Asian media, the star of Memoirs looked fresh and perky.

Just before our scheduled 20-minute round-table interview began (which was abruptly cut short to a mere 11 minutes), the Malaysian deejay from a Chinese radio station asked if Zhang could oblige by answering his questions in Mandarin for the benefit of the station’s Chinese listeners.

“But would the other journalists understand?” she retorted in glib Chinese-American accented English.

We have heard that Zhang speaks fluent English these days. With no interpreter by her side, she gamely tackled our flurry of questions in English and occasionally in Mandarin. She only flubbed up once, over the word ‘stereotypical’ (“Oh God, English!” she berated herself.).

Indeed, it is quite an achievement for Zhang who, just a few years ago, spoke little English. It has been reported that Steven Spielberg had earlier rejected her for a part in Memoirs because the only English words she knew at the time was “hire me”.

Two years ago, this Beijing-native got herself a tutor and spent at least two hours a day studying English.

With the language barrier out of the way, Zhang became a prime candidate, not just for any part in Memoirs, but the coveted role of Sayuri.

Memoirs’ director Rob Marshall (Chicago) had seen Zhang in Crouching Tiger, Hidden Dragon (2000) and thought her beautiful. He was also impressed by her athleticism and dancing background. Marshall had finally found his Sayuri.

When asked why he picked Zhang, Marshall said that an actor like Z (his term of endearment for Zhang) comes once in a generation. She is Sayuri, he announced, noting that aside from being extraordinary, she has the spirit of the character as well as the demure sensibility.

Memoirs, adapted from Arthur Golden’s 1997 bestseller of the same name, is a Cinderella tale of the misty-eyed Sayuri and how she pursued her ambition of becoming a geisha so that she could bring herself closer to the man she loves.

Buzz is strong that Zhang’s performance in Memoirs will garner the actress her first Oscar nomination. Already she has received one for the Golden Globes.

But, according to Zhang, she has never thought about the Oscars. Her only wish is for audiences to love the movie as much as she does.

“When you are shooting, that is your work. You create your character and, afterwards, it is out of your control. I think it doesn’t matter who gets nominated. We really care about this movie because it is about teamwork. Everyone worked hard and gave their best. I hope the movie has good results and people will love it.”

So who is the first person she will thank if she wins? “Oh God, don’t ask me anymore,” Zhang said with a laugh.

On playing Sayuri, Zhang explained that it portrayed her inner world.

“In my past work, my characters are usually strong women. But here, I had to suppress my emotions. For instance, when the baron undresses me, it is a moving scene. I wondered how I could portray this so that viewers will understand and sympathise with Sayuri.

“Maybe I could depict a young girl’s sorrow, her pain and tears. But then I thought that if I held back these emotions, viewers would perhaps feel more for Sayuri. In the end, that was what I did.

“When I was doing the scene, I found myself trembling and I noticed that many of the female crew members were crying. I knew that I had played the scene right. I think that if you can feel it and believe in yourself, audiences would be able to feel the same, too.”

Zhang admitted that there are similarities between her and Sayuri.

“She had a difficult childhood and it made her into this determined individual. I, too, am strong inside. Since my first movie, there was all this pressure and people scrutinising me. But I just said, ‘Okay, pressure is a good thing. It pushes you to work harder. And you have to try not to be negative.’”

It is this indomitable spirit that has seen this 26-year-old – whose initial dream was to be a kindergarten teacher – master the English language, become an international star and weather the Internet chat-room backlash back home in China, when she accepted the role of Sayuri and purported nude pictures of her and co-star Ken Watanabe were circulated.

“I never thought that one day I can speak English. And to act in my second language in such a big film is unbelievable. A lot of people will think, ‘Why is it her again? Why do all these great directors keep giving her chances? Why is she so lucky?

“When I was younger, I tried hard to explain that I did not only depend on my luck. I worked very hard and took all my roles seriously. But now, I’m a big girl. I don’t like to say too much about why because that’s just what is. I do a good job and they give me another offer and I keep working harder.”

Yet, there is one similarity Zhang claims not to share with Sayuri.

Co-starring with Zhang in Geisha is the unrivalled Gong Li. The tense relationship between these women has long been rumoured. Both had been romantically linked to director Zhang Yimou. And when Zhang first caught the attention of the media, she was dubbed ‘little Gong Li’.

The producers of Memoirs were said to have also heard similar gossip. Worried, they were reported to have addressed the matter with the actresses’ representatives. Gong and Zhang assured them that they were on friendly terms.

“People worry about it too much. Great actors can work nicely together. If she is a great actor, there is no problem,” Gong was quoted as saying in an interview with Time magazine.

In her interview with Teen Hollywood, Zhang recounted a scene in which Gong slapped her around. She said that prior to filming, Gong had asked her if it was okay to hit her hard.

“I said, ‘Yeah, make it real.’ And you know, she really listened to me. She whacked me so hard. And after I took off my make-up, you could see her handprint on my face. I thought, ‘Now I know how big her hand is’. But we had a great time and I hope I will have the chance to work with her again.” 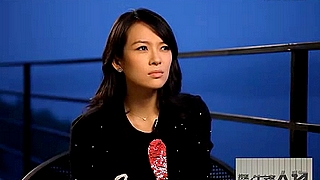 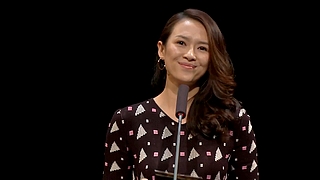