Zhang Ziyi punching above her weight

Ian Nathan gets a kick out of Zhang Ziyi, the star of the Times gala screening

Zhang Ziyi, the luminous young Chinese star who rose, quite literally, above all expectations in Crouching Tiger, Hidden Dragon, thinks people get her wrong.

Whatever the circumstances, be it Hollywood meetings (and there are plenty of those these days) or when perfect strangers catch her eye on the street, they are always, well, expecting someone different. “People are amazed,” she says in mock concern. “They say, ‘You are so small, you are so

little, how come you can kick that arse?’”

With this she breaks down into peals of eager laughter, delighted at her ease in making jokes in English, which she has been learning over the past few years.

This quick, self-deprecating sense of humour is another unexpected trait from the serious-looking queen of high kicks who emerged so brightly in 2000 and now looks set to become China’s most celebrated export since opium. We have just seen her soar across divine, ancient landscapes in Hero, and will again in the Times gala, House of Flying Daggers, both stunning martial-arts epics from the director Zhang Yimou.

When Lee found the now 25-year-old Zhang, she was a young dancer with only one small role beneath her tiny feet. In this exquisite creature, as petite as nature could concoct, he sensed an inner fire and transformed her into a breathless mistress of wushu, the gravity-defying martial art of Chinese folklore.

Certainly the fluid movement of dance helped in the transformation, but it was tough going. Zhang felt enormous pressure to rise to the challenge and injuries were inevitable.

“The power is different,” she asserts. “Dance is very soft, but with martial arts you have to work with another person. At the beginning I didn’t know how to protect myself. You get hurt very easily, but it was OK, I’m here!”

In Hero, and even more so House of Flying Daggers in which she takes the burden of the movie upon her shoulders as the blind warrior Mei, her abilities sing from the screen. Each film reveals ever more miraculous feats, food for both eye and heart, and the full extent of her talents.

“For me, because I can do something, I now talk to the action director,” she says, revealing how confident she has become. “I want to do it myself as much as I can.”

In the recently released Hero she plays a petulant servant girl called Moon, caught up in political intrigue as a group of assassins plot to murder the Emperor. It’s a smaller role, but she still features in one of the most beautiful action scenes yet committed to celluloid, a dazzling duel with Maggie Cheung amid a storm of tumbling leaves. But, as Zhang is happy to report, behind every exalted sequence lie days of hardship.

“That was very hard for the right reasons. To get the right colours we only had three days. For each single shot, all the crew helped us to blow the leaves and the director told us to keep our eyes open, don’t blink. It was hard for us because of all the dust in the leaves. After every shot we had to use eye-drops.”

This blend of talent and determination has inevitably caught Hollywood’s eye, and she has already taken a “kick arse” role in Rush Hour 2, during which she couldn’t speak a word of English, relying on Jackie Chan to translate the director’s instructions.

“That was so different from how I work in China. In China the director is the one who is hard, he’s in charge of everything.”

What becomes clear in talking to Zhang is that she is as smart as she is stunning. She is already well able to deal with unwanted attention. While she was in New York to learn English she came down with a bad bout of flu. After a brief visit to hospital she returned home on the subway.

Now with her English flowing easily, and fame held sensibly at arm’s length, it is time to put this martial-arts thing in perspective. It’s all acting and she is only an actress.

“Of course, martial-arts movies are more international, so we have a chance to be seen in more places, like America, like Europe,” she says. “However, in China I am working on different things. I am still young, I want to learn other things. I want to work on some characters. I want to become a better actor. So I’ve worked with Wong Kar-Wai on 2046, that is totally drama, no action.”

Zhang has something even more exciting in store. The director Rob Marshall has cast her as the lead in his long-gestated adaptation of Memoirs of a Geisha, alongside Ken Watanabe and Michelle Yeoh. When the announcement was made, no one blinked an eye, the choice seemed so obvious.

“I am very excited,” Zhang says. “It’s my first time in a lead and I have to speak English. With a Japanese accent!”

All of which is a long way from the young dreamer from Beijing, wide-eyed at the possibility of acting. Now she has flown above tree tops and looks set to fly high above Hollywood just as easily. Just don’t let it go to your head.

With true Chinese pragmatism she laughs again: “I just follow it day by day. If I have the right project I will do my best. That is all. I never think about the next one or the future. Dreams can come true. I just do my best and then I can make something else.” 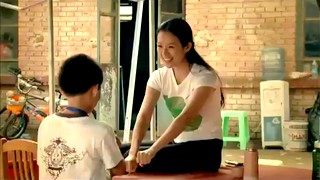 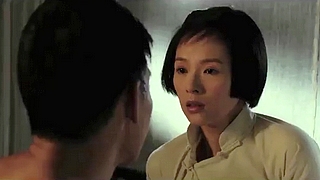