The Times of London

Hard to believe, but Zhang Ziyi’s childhood ambition was to be an air hostess. “It was my one dream. They have to be pretty, have a nice personality and know a second language. I thought that was the perfect woman.”

Somehow you can’t imagine the star of worldwide kung fu hits Crouching Tiger, Hidden Dragon and House of Flying Daggers pointing to the emergency exits. Perching on a sofa in front of me, she is even more doll-like than she appears on film and so tiny that she probably wouldn’t even meet the height requirement. Dressed in a green chiffon skirt teamed with a demure camisole and cardigan, and wearing a delicate gold necklace, she has the flawless skin of a five-year-old, but projects a calm intelligence.

At 26 years old, her career trajectory has been remarkable. Born in Beijing to a resolutely unstarry family (her father is an economist and her mother a kindergarten teacher), she was nevertheless sent away to dance school at the age of 11 to “build up her muscles”. After graduating, she auditioned on a whim for Beijing’s prestigious Central Drama College and won a place. In her second year, she was cast in Zhang Yimou’s 1999 film The Road Home. Just a year later she won a role in Ang Lee’s Crouching Tiger. Since then, a series of roles have built on her reputation as an actress who can balance ethereal grace with uncommon intensity on the big screen. And, as these pictures of Zhang dressed in Armani prove, she has a unique grace that seems destined for even bigger things.

Still, after having learnt English in the past two years, she has the second language, and if she had any residual ambition to pour tea and pout prettily, her latest role in Memoirs of a Geisha gives her ample opportunity. Adapted from Arthur Golden’s 1997 bestseller, Zhang plays the heroine Sayuri – a young girl sent away to be a geisha. To learn about their exotic, shuttered world, the actors had to go to a six-week intensive “geisha boot camp” in Los Angeles. “We had to learn the subtle gestures, how you fold a handkerchief, how to walk in the high shoes.” This helped Zhang become Sayuri, who as a picture of restrained emotion is quite a departure from her earlier, more kick-ass, roles.

“It was difficult for me to play a submissive character. Sayuri is so conflicted, she has to refuse her feelings. I tried to hold the strain and the power inside. Sometimes I finished a scene realising that my whole body was just shaking.”

The film is directed by Rob Marshall, whose first big film was the 2002 musical Chicago. The snapshot of geisha life is compelling, but the book’s mass-market appeal rested on its reworking of the Cinderella story. The film keeps to this formula: stunning visually, it remains at heart a love story. The cast is a roster of A-list Asian actors – Gong Li, mainland China’s first international star as the scheming Hatsumomo; Michelle Yeoh, another face from Crouching Tiger, who was a Bond Girl (Tomorrow Never Dies), and Ken Watanabe, the Oscar-nominated warrior of The Last Samurai, as the Chairman, Sayuri’s Prince Charming. Undeniably a glamorous line-up, but the fact that the three main geishas are played by Chinese women speaking English has caused massive controversy in China and Japan. Chinese bloggers have been perhaps the most enraged, with one website attacking Zhang for playing a “Japanese prostitute”. Such vitriol might scare off the faint-hearted, but Zhang shrugs off any complaints. “Any actress, no matter from which culture, has to train hard and do research. The world of the geisha is so unique that even the Japanese actresses had to learn with us. They might be Japanese but they don’t know geisha.”

One thing that did help her get into character were the elaborate costumes worn throughout the film – from an embroidered pink kimono to a red silk dressing gown. “The kimonos in Geisha are so sumptuous. They are hard to wear and keep on during the day – yet they give you the right feelings and attitude. They hold you tight and you feel that you really are the character.” Zhang obviously loves fashion.

As well as attributing some of Sayuri’s presence to the kimonos she wore, she has a natural poise that means clothes look gorgeous on her. She particularly likes wearing Armani: firstly because he “isn’t crazy like some fashion designers”, but also because his designs are “simple, yet very feminine”. But she also has a penchant for Ferragamo (indeed, when we meet she is teetering in a pair of black patent Ferragamo wedges), and, like any twentysomething visiting London, has plans to visit Topshop. And Zhang hasn’t turned her back on traditional Chinese clothes: “I love to wear a cheongsam. They are so tight and they make your body so curvy. They add boobs, they add everything. It’s great.”

She finds dressing for film festivals hard to gauge – “The Oscars, Cannes, the Baftas, all have different requirements” – so it is Armani she often comes back to. “It’s important that you feel comfortable in your garments. You know when you have a chemistry with your clothes: they can’t talk but they can give you good feelings – I get that with Armani.” The admiration is obviously mutual. Armani even offered to decorate when Zhang buys a house. “It’s great but I realised that it could become an Armani Casa showroom.” His support of her is shrewd: Armani has plans to expand in a vibrant Chinese market, and with her success in Asia and Hollywood, Zhang embodies a crossover appeal that could be lucrative.

She refutes any claims to this herself. “I don’t want the pressure of representing East meets West. I don’t want to represent the young generation of China. It’s too much. I’m proud to be Chinese in many ways, but I want people to talk about my work.” Despite such statements, it will be hard for her to avoid being touted as one of the faces of a new China. And with her name regularly cropping up in “sexiest” lists (from Teen People and FHM to Harpers & Queen) it’s clear people aren’t just talking about her acting abilities. Zhang laughs off any suggestion of her own sexiness. “Angelina Jolie, she’s sexy, no question. I’m not sexy. I think Asian women are still quite conservative and of course we don’t have those great bodies to show off.” Anyone who has seen her act, or seen her pictures, is bound to disagree.

The video archive currently has 918 videos. 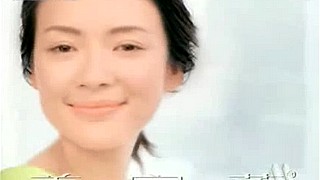 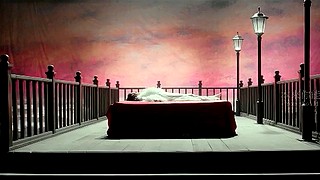